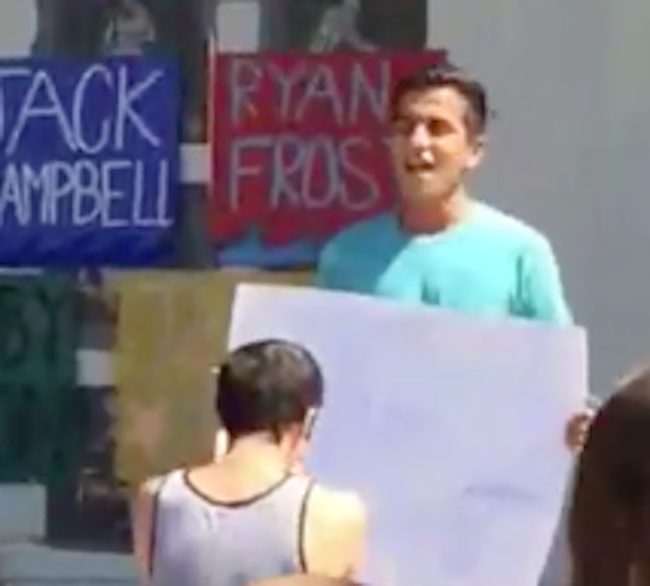 Love is dead. Romance is a fool’s errand. Such are the tenets of your bitter, irreparably broken heart.

But then you see this video of a teen asking his boyfriend to homecoming, and you realize how stubborn, how afraid you’ve been to open your heart.

Related: You thought you’d had enough cutesy proposal videos — but this one’s got Mickey ears

He invited scores of friends to line both sides of a walkway, and at the end, he’s holding up a poster that asks his boyfriend to the homecoming dance.

Because that’s not nearly enough, he also sings a version of Jason Mraz’s “I’m Yours,” rejiggering the lyrics to make them more personalized.

Related: Man literally rows across the Atlantic for seven weeks to propose to his boyfriend

At one point, he’s heard singing:

That’s what I aim to do so the choice is up to you.”

You can watch the whole thing play out below:

When your boyfriend asks you out to home coming… ????