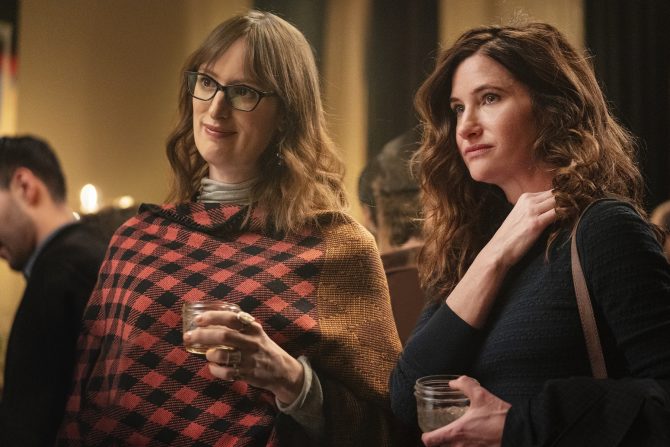 This hilarious and very sexually charged finally gave actress Kathryn Hahn (Bad Moms) a part worthy of her ample gifts: a foray into a world of sexual exploration and queer mentorship. Hahn stars as Eve, a single mom whose only son Brendan (Jackson White) heads off to college. Eve never gave much thought to her own needs before, so she joins a creative writing course, headed by Margo (the wonderful Jen Richards). As she begins to explore herself, and several romantic possibilities–including one with a longtime female friend, and another with a neighbor boy her son bullied–Eve’s life begins to take on new meaning. Meanwhile, the self-absorbed Brendan struggles to adjust to college life, especially when he falls for the beautiful Chloe (Jasmine Cephas Jones), a thoughtful woman interested in more than just sex.

Mrs. Fletcher mediates heavily on gender expectations, particularly those for women. The transgender Margo serves as Eve’s guide on her journey of self-discovery, and several queer characters (we’ll not say who here) also help Brendan along the way. Ultimately, the film smashes idealistic notions of high school and parenting, as both Eve and Brendan have to learn to think for themselves. Hilarious, tender and unexpectedly sexy, Mrs. Fletcher toys with expectations and tradition, and for once, the queer characters are the cool kids.