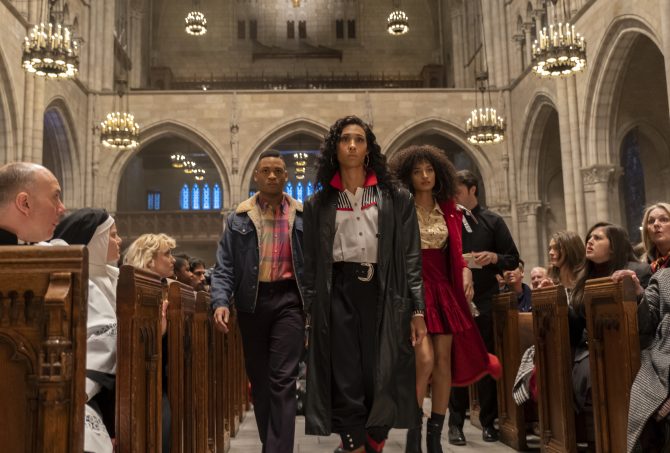 What more do we say about Pose, the groundbreaking queer drama from Ryan Murphy that also features the largest transgender cast ever assembled? Do we praise the remarkable performances from the cast, in particular, MJ Rodriguez, Billy Porter and Indya Moore? Do we laud the diversity, as the cast features mostly people of color, and focuses on the LGBTQ people who created ballroom voguing? Do we mention the esteemed guest stars, including Patti LuPone, Evan Peters, Christopher Meloni and Sandra Bernhard? Or should we mention the show’s retelling of queer history under the scourge of the AIDS epidemic?

In short, there’s never been anything else like it on television. With Season 2 landing on Netflix this week, we think the time is right to spend some time with the House of Evangelista, and pay homage to the brave queer people that kept the push for equality alive, even in the face of death. We also recommend it for the LGBTQ performers who up the ante on representation. Even at its soapiest, Pose is never less than transgressive…or very entertaining.