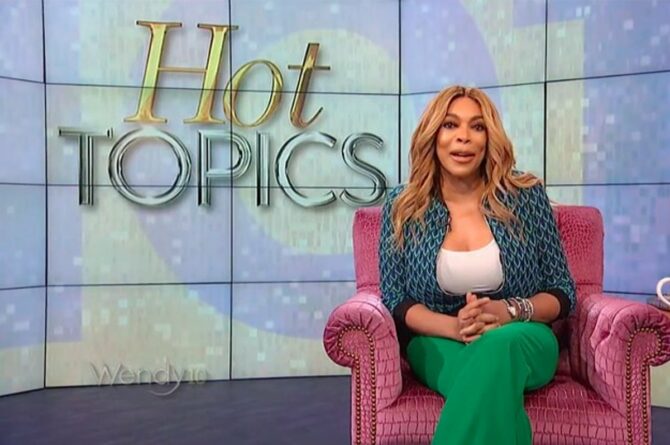 Troubled talk show host Wendy Williams has just sustained yet another devastating blow. Producers have reportedly terminated her contract and will cancel her show after the conclusion of its current season.

Williams has suffered a series of health and personal problems over the past year, including a case of COVID-19 and disputes with her bank, Wells Fargo. Other unconfirmed reports state that she is suffering from some kind of mental health crisis, possibly related to dementia.

Regardless of the reasons, Williams has missed the entire 13th season of her talk show, with various substitute hosts filling in. Now, The Hollywood Reporter reports that one of those substitutes, former The View co-host Sherri Shepherd, will take over as permanent host. Next season, the program will also be rebranded as Sherri.

Related: The vultures have begun circling around Wendy Williams

“OMG! I am so excited to have my dream come true and debut my very own talk show Sherri in the fall,” Shepherd said in a statement. “I can’t wait until I return to NY to host the show and merge everything I love — pop culture, talk, entertainment and comedy. I am thankful to Debmar-Mercury and Fox for partnering with me on this show and look forward to this new journey.”

At the time of this writing, Williams has not released an official statement regarding the replacement. She had previously endorsed Shepherd as a substitute host for the show.

Shepherd, of course, has her own sordid history in showbiz.

In addition to acting roles in films such as Precious and her stand-up comedy work, she endured controversy during her hosting stint on The View. Viewers criticized her for appearing to claim the Earth is flat, as well as for her homophobic comments, including blaming gay men for spreading HIV. Shepherd later apologized for her remarks in a subsequent interview with People, claiming her beliefs have since evolved.