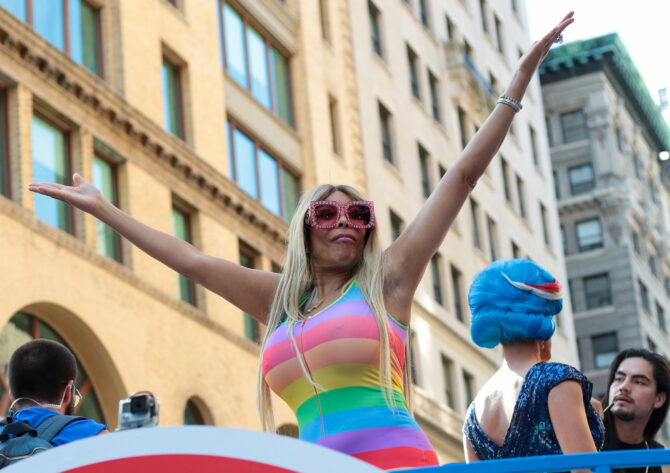 Wendy Williams has finally granted an interview amid her ongoing personal and professional woes.

Williams has suffered undisclosed health issues that prevented her from appearing on the most recent season of The Wendy Williams Show. After missing more than half the season, producers fired her and replaced her with Sherri Shepherd as host.

Amid the professional chaos, Williams also launched a lawsuit against her bank, Wells Fargo, alleging that she’d been cut off from her finances. Court filings from the bank suggest Williams may suffer from dementia and be the victim of exploitation.

Now, she has sat down for a pre-taped conversation with Good Morning America to discuss the issues surrounding her health, finances, and show.

Correspondent T.J. Holmes began with the most obvious question: “Wendy, are you of sound mind?”

“Absolutely!” Williams giggled. “Are you?”

On the subject of her finances, she didn’t hold back her frustration.

“Well, you know, when people want control of their accounts, they say anything, including something crazy like that about me,” she said. “They say that I need somebody to handle my account, and I don’t want that.”

“I want to spend more time with my family,” Williams continued. “And you know, working out and waiting for the responses to my money situation and Wells Fargo. And they don’t like that. I’ve worked hard every single day, even on days when you know, I might have a little cold.”

Discussing the subject of her health, Williams further denied any trouble.

“If I was sick because you know, my back–or you know, when I got the lymphedema and stuff like that–I would still do my show. But quickly, not long time, very quickly, it went bad regarding this money thing.”

The former host then vowed to make a television comeback, though again alluded to vague health issues.

“Well, give me, give me about three months,” she promised. “There are private things that I have to deal with and then I’ll be ready to come back and free and ready to do my thing. Keep watching because I’m going to be back on The Wendy Show, bigger and brighter than ever.”

When asked to address Williams’ claims, Wells Fargo had no comment. The interview also comes as unnamed sources tell Radar Online that producers of The View have offered her a job as co-host of the show.

It’s worth noting that Williams refused to appear on camera for the Good Morning America interview, and did not appear in the studio either. Previous reports indicated that Williams was spending time with her family to recuperate and that she was considering legal action against the producers of her show. Whether or not this new interview will help end her ongoing issues with Wells Fargo or end speculation about her health remains to be seen.