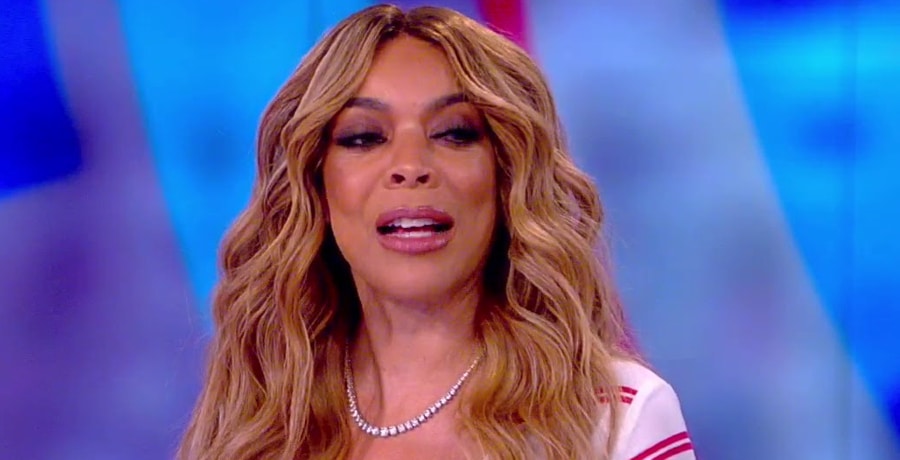 On the heels of the news that she’s been fired from her own talk show, embattled TV host Wendy Williams is reportedly considering legal action as a result of producers replacing her. On top of that, her publicist is raising questions about whether the TV icon is in control of her own social media accounts.

Thus far, 2022 has not been kind to Williams. Earlier this month, she filed a lawsuit against Wells Fargo, claiming she couldn’t pay her bills due to the finance giant cutting her off from her own accounts.

That was followed by the announcement that she would not return to her hit talk show, and that former The View personality Sherri Shepherd would replace her as host. The Wendy Williams Show will be rebranded as Sherri later this year.

Amid all the chatter, people close to Williams are raising even more concerns.

This week, publicist Howard Bragman publicly questioned whether Williams has been issuing her own statements or if someone else has been operating her social media accounts from the shadows.

Bragman previously issued a statement on Williams’ behalf congratulating Shepherd on her new gig. But later that day, Williams’ personal Instagram account posted a scathing condemnation of him and his statement.

“Mr. Bragman although I appreciate your concerns and respect you immensely I have not authorized you to make any statements on my behalf regarding my current status with Debmar Mercury. Again thanks for your continuing concern and support,” it read.

This prompted Bragman to issue a statement of his own, alleging that Williams is not in charge of her own social media accounts anymore.

“I’m not honestly convinced of the source of that social media post, so when my old friend Wendy FaceTimes me personally and we alone have a chance to discuss recent events, together we can figure out the best path forward,” it read. 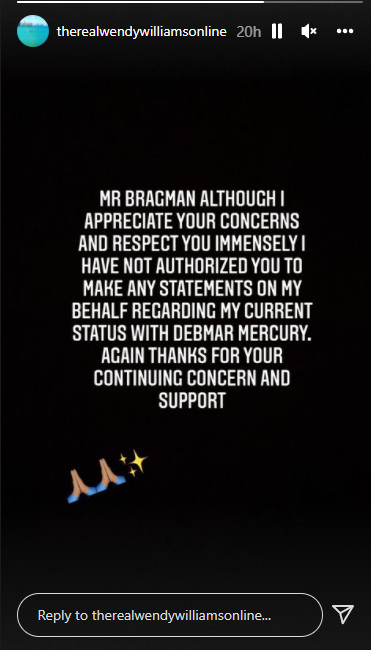 Furthermore, Radar Online reports that Williams and her lawyers are exploring legal action over her firing from The Wendy Williams Show.

“Wendy is on sick leave and has basically been fired,” sources tell Radar. “This isn’t right and Wendy isn’t going to take this.”

“She is considering legal action again her producers and is also deciding on what to do about Sherri Shepherd. Sherri was supposed to be a friend filling in for Wendy while she was sick, but instead, Sherri stabbed Wendy in the back. If anyone thinks Wendy is going to disappear without a fight they are a fool.”

Another source adds, “You can’t just fire someone after a decade because they are sick. Wendy has been reading the news where Chris Cuomo is suing CNN for $60 million and Megyn Kelly get $60 million when she was kicked out of NBC. Knowing Wendy, she will think she can get the same amount too.”

“This is going to get ugly.”

Wendy Williams has missed the entirety of the 13th season of The Wendy Williams Show due to a variety of health issues, including a case of COVID-19. Producers initially assured viewers that she would eventually return and that a rotating roster of guest hosts would serve as temporary replacements. Then in early February, producers admitted that Williams would not return to the show, and began negotiations with Shepard to serve as a full-time replacement host.