They say imitation is the highest form of flattery, but “they” clearly weren’t referring to the Westboro Baptist Church. 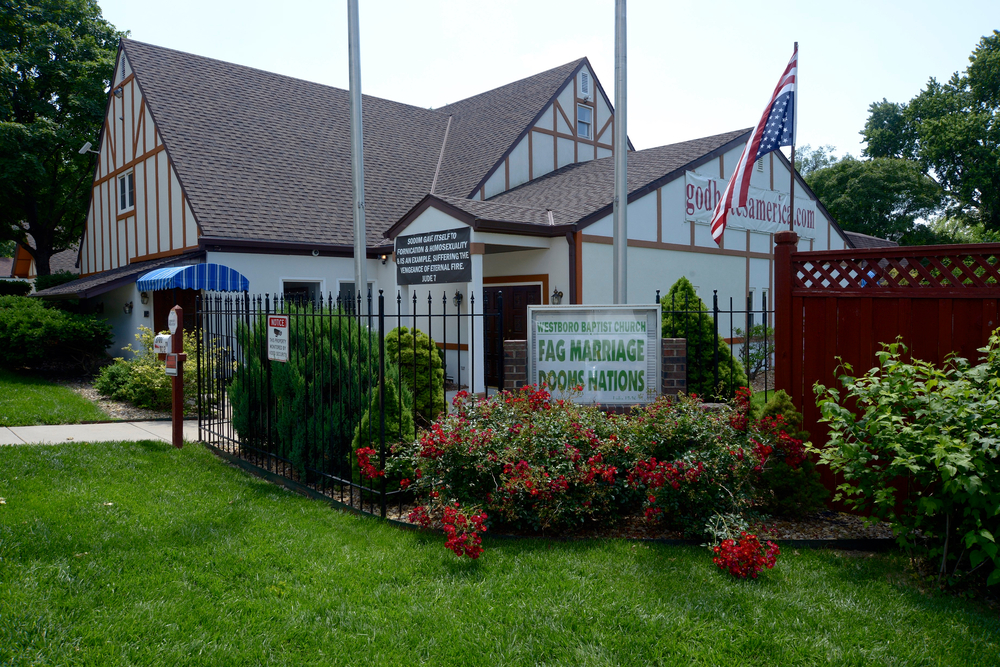 The Bible-thumping gang that just loves to hate recently put out the most nails-on-a-chalk-board version of Panic At The Disco’s pop-punk anthem “I Write Sins Not Tragedies,” which they call “You Love Sin What a Tragedy.”

Here’s a brief selection of their lyrical brilliance:

What a shame they’re all fags pimps or whores.

Haven’t you people ever heard of obeying the word of god? No, you all rebel against the king of kings with a sense of pride and immorality.

You’re all insane, fags are profane.

But Westboro isn’t stopping at merely butchering the group’s hit. They also announced plans to picket Panic’s show in Kansas City, Mo this past weekend. Because apparently there weren’t any bigger sinners to harass that day.

Well the band fired back in just about the prefect way imaginable.

Frontman Brendon Urie (who is married to a woman but doesn’t shy away from talking about past experiences sleeping with men) and co. posted this message to Twitter, pledging a $20 donation to HRC for every Westboro protester:

Today @WBCSays is going to picket us. For every member of WBC that actually shows up we will donate $20 to @HRC #pride2014

Turns out only 13 members of the church showed up (unless you count the “myriads of angels” ugh). Perhaps because they knew they’d be funneling money into a gay rights organization by doing so? We’ll never know. For their part, the band thought a $260 donation was a bit lackluster:

And they didn’t stop there:

Congratulations, Westboro, for once again proving you can get so little accomplished by doing so much.

WATCH: J.K. Rowling got pranked hard on Zoom and wow, what an uncomfortable 12 minutes

Susan Sarandon is having an absolutely terrible day on Twitter… again

‘The Boys’ promised a truly over-the-top group sex scene, and boy, did it deliver

disorder in the court
64