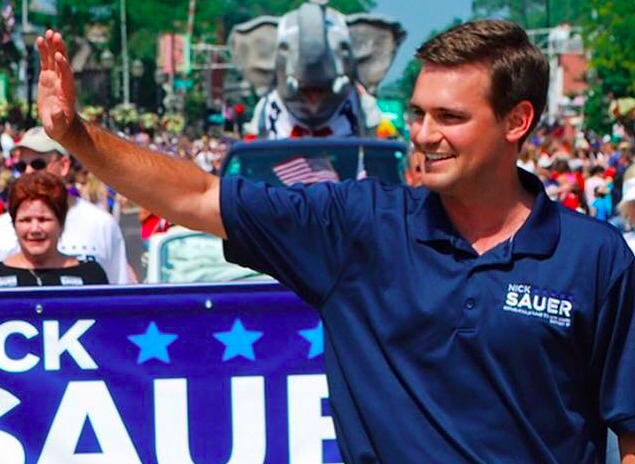 Once upon a time, Nick Sauer was thought to be a rising star in the Republican Party. In 2016, at the age of 34, he was elected to the Illinois House of Representatives. After being sworn in, he joined the House Sexual Discrimination and Harassment Task Force, where he developed a reputation for his charming personality and for wearing well-tailored Tom Ford suits. His colleagues liked him. His constituents liked him. And he planned to run for re-election.

Then it all came crashing down.

In August 2018, Sauer was accused of using his ex-girlfriend’s nudes to create a fake Instagram account in order to trick unsuspecting guys into having cybersex. In an explosive interview with Politico, Kate Kelly alleged, “He came to my house and confessed to catfishing men with my photos for two years to at least eight men. He was unable to provide the names and begged that I let it go.”

Unfortunately for Sauer, Kelly didn’t let it go. Instead, she filed a report with the Chicago Police Department and lodged an official complaint with the Office of the Legislative Inspector General. In her complaint, Kelly said Sauer used Instagram “to catfish other men using my privately shared naked photos.”

“Nick would use this account to direct message men with my photos to engage in graphic conversations of a sexual nature. The men believed they were communicating with me and Nick shared private details of my life.”

After the story broke, Sauer ended his re-election campaign and quickly resigned from office. In his resignation letter, he said he was stepping down “as a result of the allegations” by “a former girlfriend” which he believed would be a “distraction” from his job. Shortly after that, he deactivated his Twitter and Facebook pages and set his Instagram page to private then went into hiding.

So what happened next?

Well, in January 2019, Sauer was arrested and indicted on twelve counts of non-consensual dissemination of private sexual images. Here’s his mug shot, courtesy of the Lake County State’s Attorney’s Office: 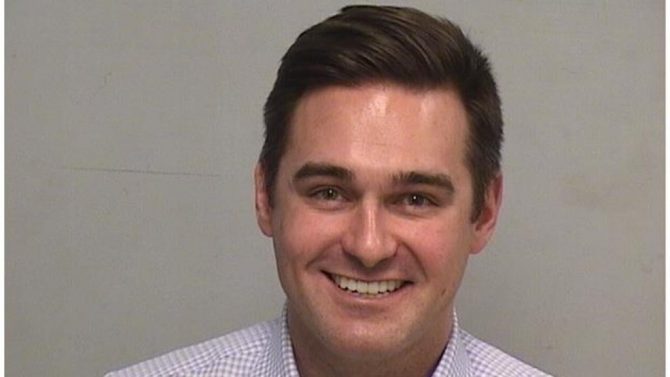 Each count is a Class 4 felony, meaning, if convicted, Sauer would become a 12-time felon. No doubt terrified by that possibility, he spent pretty much all of last year trying to get the charges dropped. Then, in December 2019, a judge threw cold water on his efforts.

Judge Fix was completely unswayed by the defense and scheduled Sauer’s trial to begin in April 2020.

Despite its grimness, Sauer’s case has inspired some positive change in the state of Illinois.

“Disseminating, sharing or posting private images of someone without their consent is more than just an egregious violation of privacy,” Edly-Allen said at the time. “It’s a form of sexual abuse, and it needs to be taken seriously.”

“This new law is a critical step forward as we work to support victims and deter this type of behavior.”

Meanwhile, Saucer’s now defunct re-election campaign, Friends of Nick Sauer, is currently sitting on $104,952.78 raised prior to his scandal, according to a quarterly report released on December 31, 2019.

Sauer hasn’t yet said what he plans to do with the lingering cash, but the Federal Election Commission bars candidates from using unspent campaign funds on personal expenses, which means he can’t use it to pay down his ever-mounting legal bills.

Related: The 10 most explosive political gay sex scandals of the last 10 years