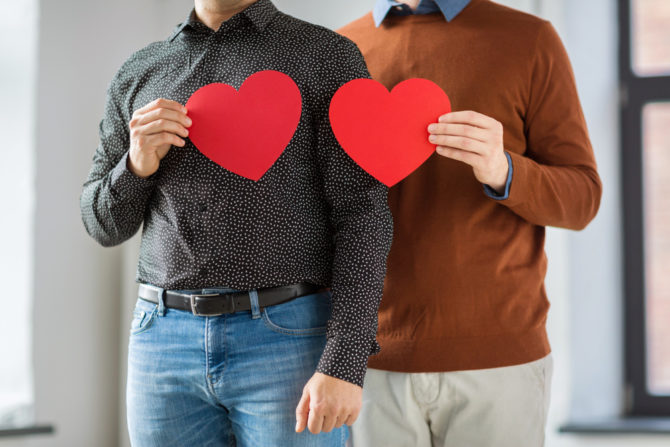 When do you have your first kiss with a guy? And when do you head to the bed? The first date? Sooner? And then how long do you wait to go steady with this beau of yours?

These are some the questions posed by a Reddit user who solicited a “normal dating timeline” for gay couples. “What have your experiences been like? What do you consider average?” he asked. “I know everyone has wildly different experiences, but I’m curious.”

Perhaps unsurprisingly, a lot of commenters on the thread said they tend to cut to the chase. “Both of my long term relationships started with sex on the first date,” wrote one commenter. “With one, we became exclusive after a few weeks. With the other, it was about 6 months. I’d probably lose interest if we didn’t have sex by the third or fourth date. And I generally wouldn’t want to discuss being boyfriends/exclusive until I’ve gotten to know someone, maybe a few months.”

Another commenter had similar experiences: “All 3 of mine started with a date that ended in sex.”

One user laid out a clear timeline: “First kiss happens either at first meet or first date, pending the circumstance of me meeting them. First sex happens either before the first date or the second date; sex on [the] first date usually sends the incorrect message. Introduction to regular friends happens within about two weeks. Talk of exclusivity/boyfriend status and hopeful acceptance occurs at about week 4 or 5
Introduction to parents/family happens shortly after official status.”

That user admitted that his is an “aggressive” timeline, but hey, it’s efficient. “There’s a lot of ‘wait and see’ that goes on that I’m not about,” he explained. “If I like you, I like you. If I don’t, it’s a waste of time and let’s be FWB if possible.”

Another response: “Well, my current relationship I was friends and sometimes with benefits before we officially began dating, so we had kissed and had sex well before that, so that’s an unusual one. But [in] a previous relationship, we kissed on the first date, had sex after the third, became a couple and introduced to friends not long after that.”

One Redditor, however, argued that there just isn’t a timeline, even for our heterosexual counterparts. “Everyone moves at their own pace,” he wrote. “True for straights, too.”