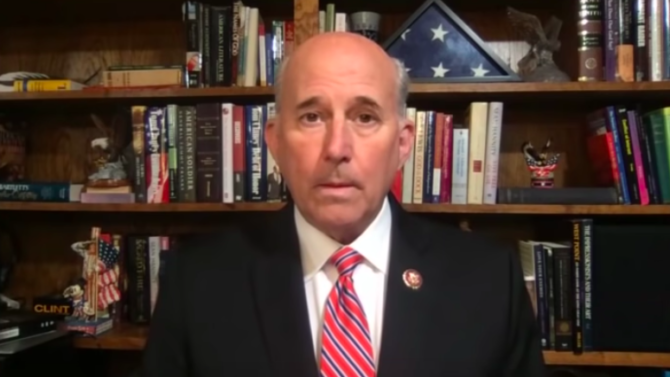 Antigay, anti-mask Rep. Louie Gohmert of Texas has just been slapped with a $5000 fine after he bypassed security to enter the House chamber.

The Washington Post reports that both he and Rep. Andrew Clyde of Georgia will have $5,000 deducted from their salaries under a new rule announced by Nancy Pelosi that states representatives must pass through a metal detector before entering the House chamber.

The rule, which went into effect on February 2, was put in place in response to the January 6 insurrection.

“It is tragic that this step is necessary, but the chamber of the People’s House must and will be safe,” Pelosi stated, adding that anyone found in violation of the rule would be fined $5,000 for their first offense, and $10,000 for each subsequent one.

Fines are deducted from House members’ $174,000 salaries and cannot be paid with campaign funds or from their House office budget.

Naturally, Gohmert, who once said proposed banishing gay people to outer space, is not too happy about having money deducted from his paycheck, saying the rule is part of a “never ending scheme” by Democrats to “demonize and punish their political opponents.”

Unlike in The Godfather, there are no toilets with tanks where one could hide a gun in the restroom in the Speaker's Lobby off the floor. Re-entry onto the floor, where there is no magnetometer, should have been a non-issue. It has always been until Thurs. https://t.co/TNWr9VUl62

Here’s a 2016 video of Gohmert going on some bizarro rant about gay space colonies.