A new article posted to the bear blog Bearworldmag.com is calling out racism within the gay bear community.

In a wake up call titled “White Bears, it’s time for you to be uncomfortable,” writer Kyle Jackson says white gay bears, feeling like outsiders in a community that often prizes six packs above everything else, have successfully cultivated spaces for themselves where they feel welcome, sexy, and celebrated. It can be seen in bear circuit parties, bear weekends, and bear Facebook groups.

But there’s a sad irony happening not too far below the surface. Because while they are proudly taking ownership of their own “outsider” status within the larger gay community, white gay bears often tend to shut out anyone who doesn’t look like them–i.e. bears of color.

During a time when the Black Lives Matter movement has rightfully taken up space on our news feeds, a conversation has opened up again in Bear spaces about the lack of diversity and inclusion, and the silence of White gays when it comes to the lives of Black people and People of Color. But, it’s a conversation that many White Bears still seem to not want to have.

Jackson recalls a recent exchange he witnessed on a bear Facebook group in which someone posted a meme that said “White Silence Equals White Consent. Black Lives Matter.” 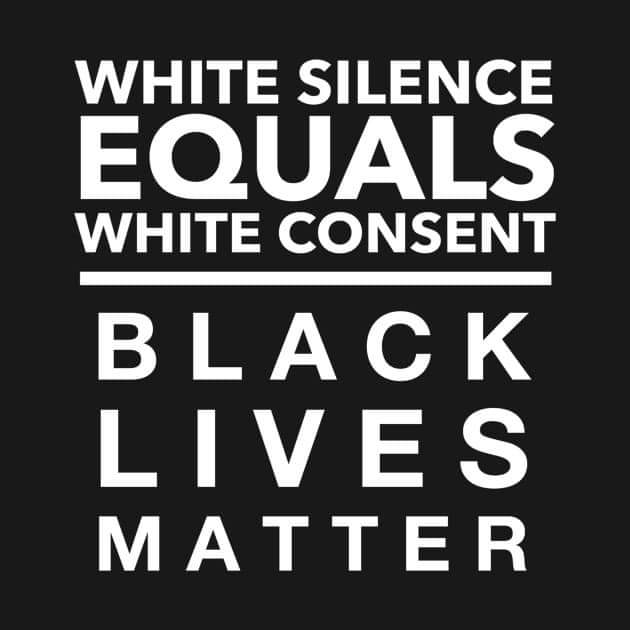 The meme was met with harsh criticism, with many saying it wasn’t the appropriate time or place for that kind of discussion and that it ruined the fun of the group by making people feel uncomfortable.

Going even deeper, Jackson says that it’s no coincidence people of color are rarely ever featured in promotional materials for bear events, or that they only show up in small numbers to bear parties or bear weekends.

“Why would anyone want to show up to a place where their legitimate calls for visibility and inclusion are constantly shut down by White gays who don’t want anyone to make them uncomfortable?” he asks. “Queer People of Color don’t trust White queers much of the time, and rightfully so.”

So what’s the solution?

Jackson says it’s time for white bears and white gays, in general, to start changing their behavior in a meaningful way. Stop shutting down conversations that make them uncomfortable and start listening.

“It’s time for White gays to accept that maybe making you uncomfortable is the only way that People of Color feel that they can get you to listen,” he writes. “Maybe, in order to finally help fix things, you need to understand what that discomfort feels like.”