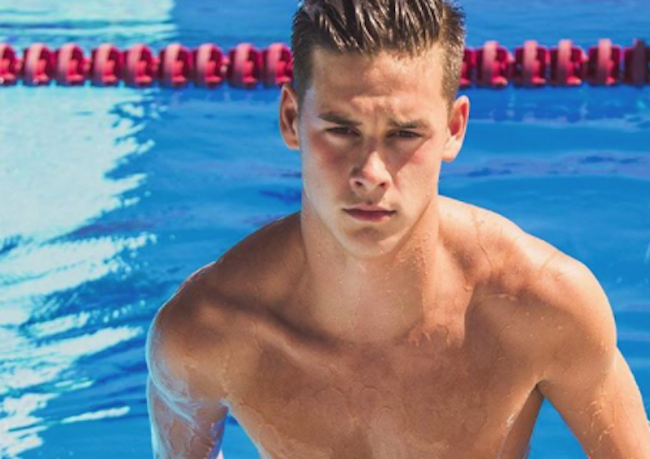 Maxine Waters won the Internet this week — or was at least tied with “Right In Front Of My Salad” Lady.

Her instant-classic “reclaiming my time” moment instantly generated an avalanche of memes, and the phrase was even adapted into a gospel song.

During an appearance on The View, Waters said, “I’m so surprised about the way that the millennials have connected with me. It seems that I say things that they like!”

Turns out she had another surprise in store:

Oh, and speaking of “Right in Front of My Salad” Lady, it turns out that she’ll be coming back into our lives by way of way-pornographic sequel.

I'm so proud of the gay community. Keep bringing on the hits sis. #InFrontOfMySalad!? pic.twitter.com/449QfhuOs3

The actress in question, who pornily enough is named Nikki V, will soon appear in another Men.com scene… a wise move, since she’s giving the adult site the best publicity they’ve ever known.

“[We] reached out to the break-out gif star for another appearance,” they say in a statement, “and she has agreed to return for another scene in the very near future.”

Here’s a PG-13 version, for those who haven’t seen the Men.com clip in question:

During a recent concert at Webster Hall, queer artist Frank Ocean was joined by none other than Tyler the Creator, who’s caused controversy over the years for seemingly homophobic lyrics; may or may not have come out on his new album; or may have just been feeling provocative and in need of some publicity to promote a new album. Who knows?

A post shared by Eve Simonsen Martinez (@evesimonsenmartinez) on Aug 3, 2017 at 6:18pm PDT

Donald Trump gives a fond farewell to Mario Cantone after his triumphant ten-day performance as White House Communications Director by planting a sloppy, hate-orange smooch on the man’s face.

No, it’s not a post-election fever dream brought on by acute stress and delirium tremens. It’s the latest sketch on The President Show starring Mario Cantone as “The Mooch” and Anthony Atamanuik as Trump.

Watch Trump plant a smooch on The Mooch. Aaaghh:

Is Aidan Faminoff destined to become the next gay Olympic superstar diver? Following in the drippy footsteps of Greg Louganis and Tom Daley, the extroverted young man has an Instagram account that’s waterlogged, yet still leaves us thirsty. As NewNowNext reports, the Florida State diver hails from British Columbia and is already out n’ proud. However, he is not shy.

Only one of us is camera shy ? . Got the opportunity to be apart of the amazing @diverseworldfashion magazine this year!

Hanging by the pool after the gym ? @camilleirvine

Tofino has my heart ?? #explorebc

9 days until I am heading back to Florida! Time to refocus and get back into the pool full time????

Day one got me feeling ??