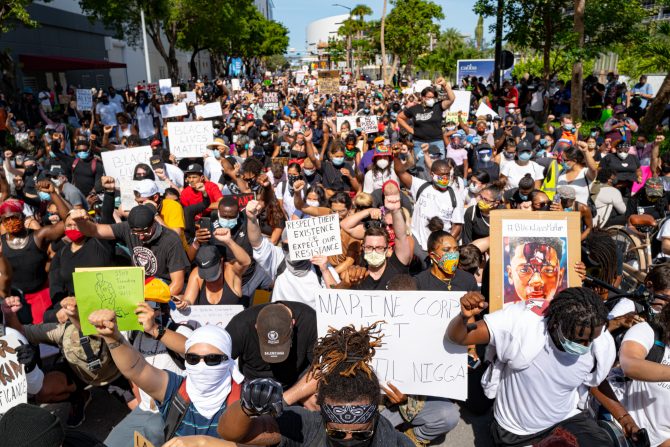 Following the police killing of George Floyd, an unarmed black man, Minnesota erupted in chaos as the anger of inherently discriminatory policing policies came to a boiling point. Soon after, the nation itself ignited with protest as demands for justice overtook the American psyche and white America woke up to a reality black Americans had lived in for far too long.

For the queer community, however, it is important we not forget the role of black organizing in the beginning of queer liberation. Stonewall, a New York City riot that marked the beginning of pride, was started by trans women of color. Marsha P. Johnson, a trans black women, threw the first brick in what has now become a continuing fight for queer liberation. Yet, historically, these very same people have been left out of a community formed by their bravery. Shortly after Stonewall, for example, many white gays excluded trans people from their social circles and created unwelcoming and overtly antiblack environments. Already the “other” in society, white gays took advantage of what little power they had to further marginalize the most vulnerable among them.

Left alone and forsaken, many queer people of color formed their own community in what has come to be known as “Ball culture.” In it, anyone could be anything, and performance was used as a weapon for queer liberation. Voguing, a dance form based off of runway poses, was formed. But now, ball culture and its remnants can be seen everywhere. From billboards to music videos and runways, the undercurrent of many forms of contemporary artistic expression contains elements of ball culture.

Now, white gays continue past traditions of exclusion by stealing the culture of queer people of color without giving credit. Screaming phrases like “yass queen”, “tea”, and “c*nt” while gentrifying black neighborhoods, maintaining standards of whiteness as beauty, and refusing to sleep with people of color. Does this define all white gays? No. Does this also make up a large percentage? Yes. Enough of a percentage, in fact, to make mainstream gay culture an inherently antiblack space; as study after study has proven being queer and a person of color only compounds stress.

When it happened to us, we screamed gay power from the rooftops and put queer bodies on the line to fight for queer bodies in the future. Now, when it is black bodies, and you are fighting for black bodies in the future, why is it so hard for you to go outside and scream black power? Now that your white body serves as a shield from your queer identity in the violence of the system, why do you go silent? Why do you hide?

We stole from black queer people, the least we can do is fight for them. Anyone who says otherwise ought not have a seat at the table of the queer community and they ought not identify with it either. For moving forward, white queers, it is our job to tear down the systems of anti blackness that we created. To do anything less would be complicity in the death of black America.

Jacob is a current high schooler at Viera High School who is working to ban conversion therapy in his county. You can keep up with his work on instagram @jacobgelman.