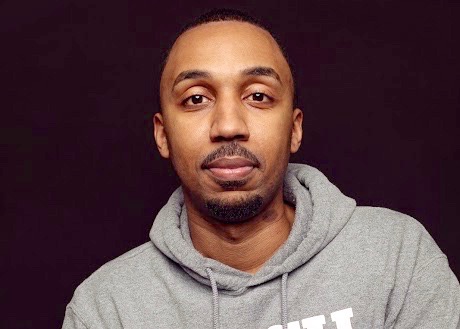 “The black community is often painted as the worst offender of homophobia,” George M. Johnson tells Queerty. “We have been conditioned by white supremacy and patriarchy to act the way we do towards the LGBTQ community.”

32-year-old Johnson is a writer and activist based in Brooklyn. His articles about race, gender, sex, and HIV have been featured in ET, NBC, TeenVogue, TheGrio, TheRoot, HIV Equal, among others.

Johnson recently penned an op-ed about homophobia in the black community. The article was in response to comments made by rapper Nipsey Hustle, who told his 1.5 million Instagram followers last month that black boys need “strong black men” to look up to, not homosexuals or child abusers:

Demonstration speaks louder than Conversation. They gone feed us every image of our men and boys but this one. No hyper violent…No homo sexual…No abandoners….JUS STRONG BLAC MEN AND YOUNG Men. RESPECT TO MY BIG HOMIE @bigu1 for Leading with love and intelligence. GOD IS WITH US WHO CAN GO AGAINST US ??

“Being a homosexual should never be mentioned in the same sentence as men who exhibit violence and abandonment,” Johnson wrote. “Homosexuals can wear suits. The way in which one dresses doesn’t diminish nor embolden one’s sexual identity, and shouldn’t play a role in what determines respectability of men within our community. ”

Queerty had a chance to talk with Johnson about his op-ed, as well as his thoughts about homophobia in the black community, white supremacy, and what needs to be done to bring people together.

What inspired you to write that article for TheGrio?

Being tired of the willfully ignorant. The topic of homophobia has been discussed thoroughly throughout the black community. So every time it arises from a rap artist, it’s almost baffling because we have been through this already. It’s not okay to devalue someone based on their sex and gender/non-gender identity. We know that putting condemning thoughts public lead to deadly consequences, especially in the case of black trans women. So homophobia really has no place in our community. I want us to move past this and continue to grow as we fight for liberation.

Homophobia, of course, exists everywhere and in all communities. Why do you think it continues to be a problem in the black community, specifically?

So the problem is that the black community is often painted as the worst offender of homophobia. The black community has its allies, which is something I don’t want to get lost in this. I’ve been guilty in the past of not acknowledging the numerous amount of safe spaces that many of us have in our community. How many of us have amazing relationships with cis-het men and women with ease. The black community gets a bad wrap because we talk about our concerns more often and more publicly than other communities. We have work to do yes, but we have made great progress. Historic institutions like the church, HBCU’s, and Black Greek Letter Orgs are working on being better allied with the members who reside within. The community has also supported many of our efforts, but we still have work to do.

In your article, you write: “We are not a cookie cutter monolith, and any suggestion that we are is only a byproduct of colonization and assimilation.” Can you expand on what you mean?

We have been conditioned by white supremacy and patriarchy to act the way we do towards the LGBTQ community. It was passed down and through black folk trying to “get in” with white community they adopted many of the oppressive behaviors towards their own. So this is something we must unlearn together as a community. We can’t have conditions on blackness, and blackness can’t exist without queerness.

What role do caucasians play in the homophobia that exists within the black community today? Do they have a responsibility to fix the problem?

As I stated prior, they are the colonizers. They told us how we needed to act in society and what was acceptable and what wasn’t based on the standards of how they set up the hierarchy of their own. I’m not concerned with them helping us to unlearn. We as community need to unlearn the systems they oppress us with. We can do that without their help, in my opinion.

So what is the solution?

Listen, we all have things to work on to be better people, right? So when a person tells you this hurts me or offends me, listen to them. Google some shit on what they are talking about because the research is out there. We have to unlearn and break the conditioned way we think about one another. We have to get past the battle of gender and sex and how that determines a persons worth in society. Others can invite us in the room to share our concerns. I’m a be honest that LGBTQ people are tired of teaching folks things they know or can look up. We are learning that you can’t help those who are unwilling to want the help. But we are a determined community that doesn’t give up easy, so despite us being over it, we still know it all has greater implications for us. So we do the work to help those unlearn. We are all we got.

Black folk are too amazing to be fighting in-house. The ancestors worked too hard. Let’s do the work and get this right.