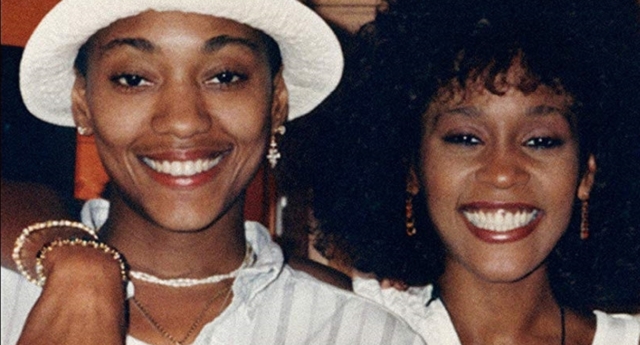 A Song For You will feature the reclusive Crawford’s account of her longtime friendship with Houston which began when the pair met at a New Jersey high school. Publisher Random House bills the memoir as “Finally, the person who knew her best sets the record straight.”

Fans and observers have long speculated about the nature of Crawford and Houston’s relationship. Though both denied any romantic involvement with one another, a gaggle of high-profile friends and associates–including Houston’s husband Bobby Brown, her agent Nicole David, and friend Rosie O’Donnell–have labeled Houston as bisexual, and said she and Crawford had a long love affair.

Two recent documentaries, Whitney and Whitney: Can I Be Me, have both attested to the Crawford-Houston relationship, though it is significant that Robin Crawford declined to participate in either film. Today, she lives in New Jersey with her wife and children.

The daughter of gospel singer Cissy Houston, Whitney exploded onto the pop music scene with her self-titled 1985 album. She continued to have a thriving music career, one which elevated with the release of the film The Bodyguard in which Houston acted and provided music for the soundtrack. Through it all Houston also battled tabloid headlines attacking her marriage to singer Bobby Brown, and alleging heavy drug use. She died in 2012.