England’s The Daily Mail is reporting that a major character will kick the bucket when Downton Abbeyreturns to Britain’s ITV for its third season in September. 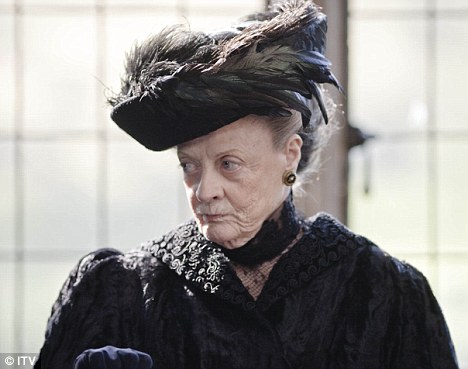 We already know that Shirley MacLaine is joining the cast as Cora’s mother, and that Matthew Crawley and Lady Mary will finally get married, but producer Rebecca Eaton teased that someone “pretty key in the cast” will buy the farm, hinting that “somebody will be born, and somebody will die.” Without much to else to go on, the field is pretty wide open. Here are a few guesses:

Lady Sybil. In the Downton Abbey Christmas special it was revealed that (spoiler alert) Sybil and her driver-turned-reporter husband Branson are expecting a baby. If she died during childbirth—not wholly uncommon at the time—both sides of Eaton’s prophecy would come true at the same time.

The Dowager Lady Grantham. Maggie Smith has suffered from serious medical issues in recent years, so she may have requested to be written off Abbey. But we have the feeling she’s the kind of Dame who’d keep on working six months after her heart stopped beating. Plus, she’s basically the whole reason we watch the show.

Lady Edith. We’re putting Edith on the list mainly because the show doesn’t seem to know what to do with her—she’s got a fatal  case of middle-child syndrome. Maybe Edith could set herself on fire in the parlor? Her parents might finally notice her then.

Thomas. Doesn’t the evil homo usually buy it in the end?

Who do you think will kick the bucket when Downton Abbey returns? Make an educated guess in the comments.