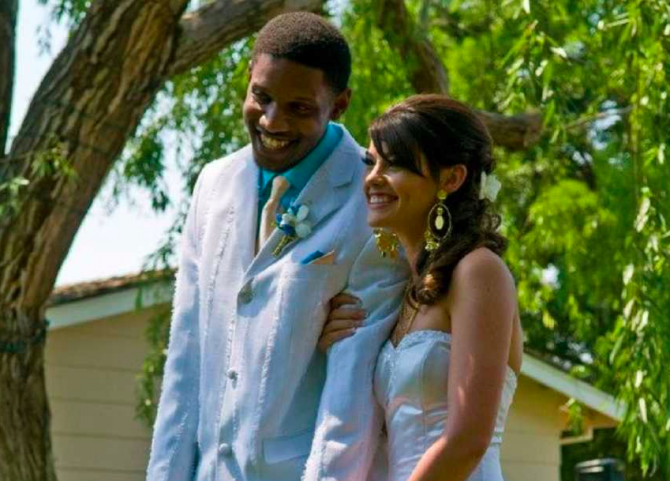 There’s more than enough evidence out there to show things like conversion therapy and trying to “pray the gay away” doesn’t work. Yet there are still those who continue to try because faith, they say, is blind.

In a new blog post published on Love What Matters, a woman by the name of Ali Anne details her nine year marriage to a man named Kyle, and how she spent nearly a decade trying to pray his gay away to no avail.

Ali says she knew Kyle was gay before they wed, but she agreed to marry him anyway.

“One day, Kyle had pulled me aside and told me that he ‘struggled’ with homosexuality. My response: ‘Wow, you’re going to need a really strong wife!’ Ali writes.

Related: Why hasn’t Google removed this ‘pray away the gay’ app?

Both she and Kyle were raised in religious households where they were taught being gay was wrong and, if a person did experience same-sex attraction, they should “either live a celibate life, or, deny yourself and marry someone of the opposite sex and do your best to live a heterosexual lifestyle.”

“Kyle always knew he wanted a family, so living a heterosexual lifestyle was the only option for him–we were both under the assumption we would be able to pray the gay away.”

So Ali and Kyle got married. A few years later, they started having kids.

“Being parents was the highlight of our life,” Ali recalls. “Everything we did, we did with them in mind. Life was busy and beautiful.”

Except not. Because eight years into their marriage, she says, “Kyle began feeling the weight of not being true to himself as a gay man.”

Related: What’s up with this creepy ‘pray the gay away’ ad popping up on LGBTQ people’s Facebook feeds?

It became increasingly more difficult for him to ignore his true feelings, and it became obvious to both of them that praying the gay away wasn’t working. So they went to a marriage counselor.

“One of the ideas, was for Kyle to ‘come out’ as gay, publicly, while still remaining in our marriage,” Ali writes. “I was hopeful. I liked the idea.”

Kyle, however, didn’t. One evening he told her, “If I am going to be around gay men, I’m going to want to be with a man. This is not just about sex with a man, this is about loving a man and being loved by a man. Ideally, I want to have a relationship with a man.”

That’s when Ali says she knew her marriage was over.

“Although Kyle and I don’t choose each other romantically anymore, we still have a deep love and a deep connection with one another,” she continues. “He is my best friend, and I am his. We are committed to our family, as non-traditional as that may look.”

“Our story is one of unconditional love, friendship, deep pain, utter desperation, celebration, and liberation.”