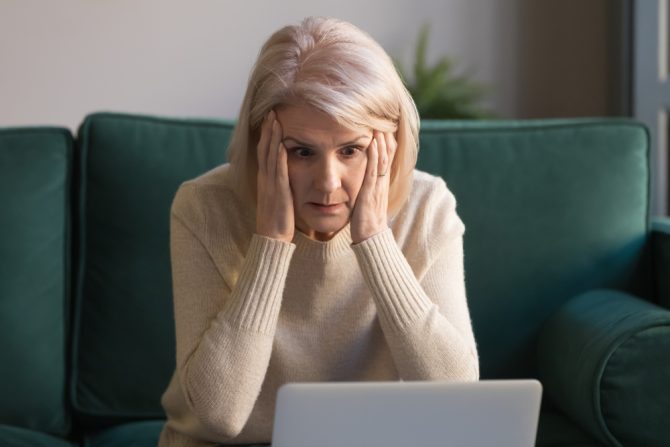 Naturally, she had to immediately shake him awake to find out what was going on.

Oh, but it gets worse. Much worse.

“I’ve also come across targeted ads on our home computer, so I have reason to believe he’s watched it there too.”

She wonders: “My gut reaction is that straight men don’t look at gay men porn–or do they?”

In her response, Naftulin tells the woman to calm down, relax, just breathe, it’s all gonna be OK.

“When you catch a longtime partner doing something you’ve never seen them do or even talk about before, it can be quite a shock,” she writes.

“Add pornography consumption, a topic that’s taboo in our society, into the mix, and I can understand why you’re so taken aback by your discovery.”

Oh, and as for sexual orientation, it’s time to update her thinking on that as well.

Continues Naftulin, “There’s a whole spectrum of sexuality that goes beyond ‘gay’ and ‘straight,’ including of course bisexuality, so it’s possible for your husband to be totally satisfied with you as a life partner while still having some level of desire for men.”

Naftulin says the woman might benefit from having a serious heart-to-heart with her husband, but, if she does, she should be respectful about it.

What do you think of this woman’s not-so-unusual predicament? And what advice would you give her? Sound off in the comments section below…