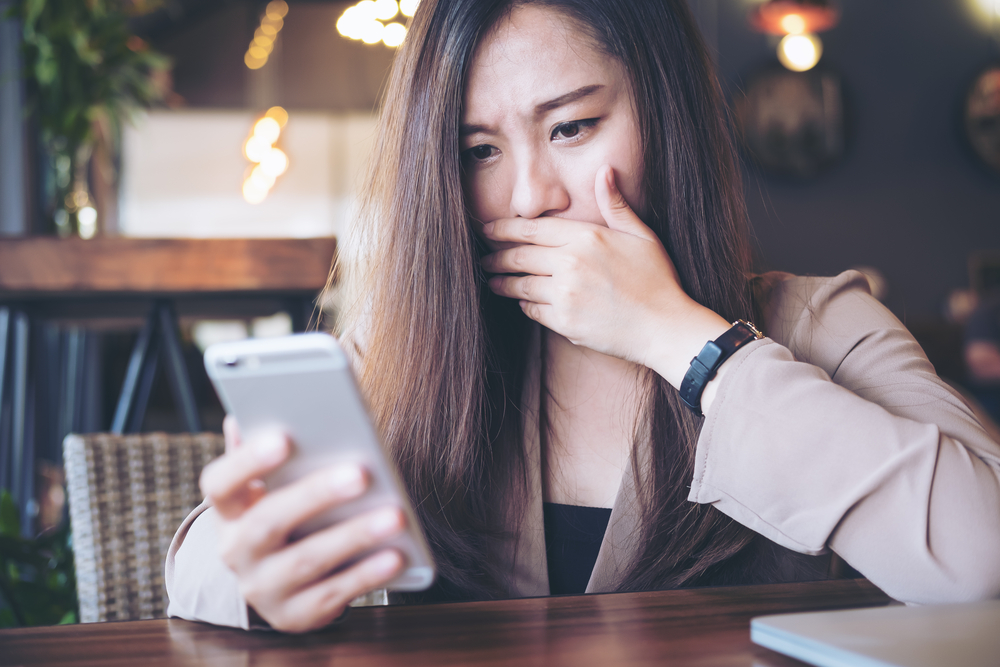 A woman named “Mandy” says she recently stumbled upon her husband’s Grindr profile and she doesn’t know what to do, so she’s seeking help from the Advice Uncle over at The Gay UK.

“Last week, while [my husband] was in the bath, I was looking through his phone for our holiday snaps,” Mandy explains. “But I noticed the Grindr app on it.”

Mandy goes on to explain that she and her husband, both in their mid-30s, have been together for 10 wonderful years. When she saw he had a Grindr profile, she panicked.

“I’ve seen Grindr in action before, because some guys at work have showed me the app,” she writes. “I couldn’t help myself and I opened it up–now I wish I hadn’t.”

Mandy continues: “He’s been sending pictures of his dick and ass to lots of fellas–and has been getting them back. I haven’t confronted him yet as I’m just not sure what to do.”

Now she wonders: Is he gay?

She goes on to say that if he’s bisexual, she’s not sure if she could continue with the marriage because “I don’t want to end up having to share him with other guys.”

But breaking up also isn’t an option because “we’ve recently moved into a new house, the mortgage is massive, I couldn’t pay it by myself and I need to live around here because of my work.”

Related: She thought the date was going great… then he started cruising for sex on Grindr

In his response, Uncle tells Mandy to first “take a moment and breathe.”

“There may well be a totally reasonable answer as to why he’s been sharing pics and getting pics sent back to him,” he writes. “Some straight guys love gay men’s attention. Doesn’t mean that they’re gay or bisexual or that they want to move into any type of same-sex relationship.”

He adds, “If he does turn out to be bisexual–this doesn’t necessarily mean that he wants to have sex with other men–or for that matter other women.”

Related: Man seeks his crew’s opinions of nude pic before sending to girlfriend

Uncle tells Mandy that what she should do is write down all the questions she has for her husband, plan a time to sit down with him, and be open to hearing his responses.

“Ultimately, your decisions will be formed by the information that you get when you communicate with him,” he writes. “Don’t be rash and whatever you decide sleep on it before making any firm decisions about what to do next.”

What advice do you have for Mandy? Share your pearls of wisdom in the comments section below…