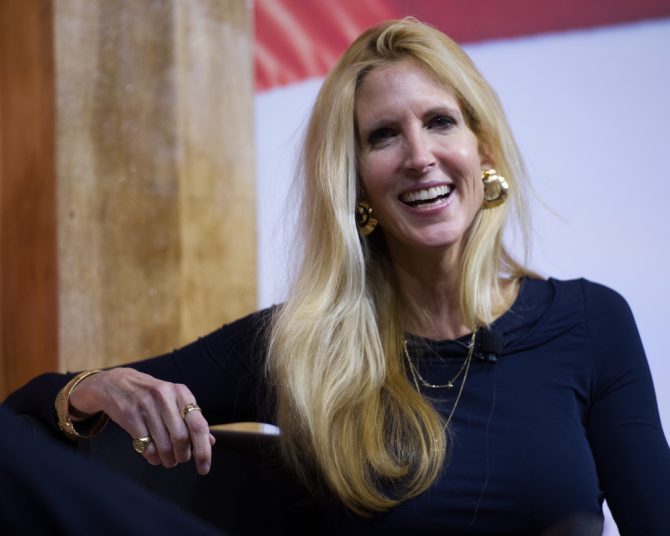 Ann Coulter could hardly contain her excitement yesterday when thousands of Wikipedia pages were vandalized with giant swastikas.

At 8:54 a.m., the 59-year-old homophobe excitedly tweeted a screenshot of Edie Sedgwick’s page that showed a swastika plastered on the background.

“Wow – go to Wikipedia now!” she encouraged her 1.9 million followers. “Looks like it’s been hacked.”

Wow – go to Wikipedia now! Looks like it's been hacked. pic.twitter.com/wVKCriERjD

In a statement, Wikipedia confirmed that the site was briefly vandalized (not hacked) yesterday but that volunteers fixed it within five minutes.

“This type of behavior is unacceptable on Wikipedia and violates a number of Wikipedia’s policies,” the statement read. “Volunteer administrators have already fixed the vandalism, blocked the account responsible, and will further evaluate the situation to see if additional recourse is needed.”

You seem quite pleased ?

Your home team made the front page.

Newest design for the GOP flag!

No. That’s just the page you were reading.

i bet you did it

Not what I saw, must be influenced by your browsing history

Why would you write this? Have you been hacked?

You’re thrilled. We can tell 🕵️‍♂️.

Coulter is being portrayed by actress Cobie Smulders in Ryan Murphy‘s upcoming “Impeachment: American Crime Story,” which is set to debut on September 7.

Hey, since you’re here, why not rewatch Ann being dragged at the Rob Lowe Roast in 2016? This video never gets old.