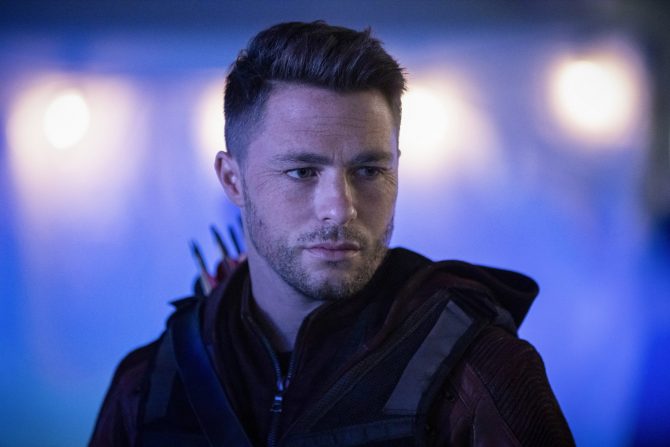 As Marvel Studios continues to hype its push for queer visibility in the Marvel Cinematic Universe, actor Colton Haynes has taken to social media to campaign for one of his dream roles: the X-Men character Iceman.

Marvel acquired the rights to use the X-Men in films after the purchase of Fox Studios last year. Marvel chief Kevin Feige has assured anxious fans that the X-Men will integrate into the existing film continuity with care, though plans to do so are reportedly a few years off.

Actor Shia LeBouf, known for his roles in the Transformers film series as well as Indiana Jones and the Kingdom of the Crystal Skull has emerged as a leading candidate to play the hero Iceman in the MCU according to gossip site We Got This Covered.

It should be noted that We Got This Covered doesn’t have a very good track record when it comes to reporting on Hollywood insider news, which may explain why Haynes has taken to Twitter to press for the part.

The actor tweeted out a gif image of Iceman, along with an emoji of a man raising his hand.

Haynes followers, of course, added their support to the actor’s cause.

Related: X-Men’s Shawn Ashmore Is Eager To Play Iceman Since The Character Came Out As Gay

“Colton Haynes as Iceman in the MCU would be a dream,” tweeted user @max_siller.

Colton Haynes as Iceman in the MCU would be a dream pic.twitter.com/aCkwBnsZnG

“Dude, I have been saying this to my self for a year now. YOU GOTTA BE ICEMAN,” said @SenorKent_.

Dude, I have been saying this to my self for a year now. YOU GOTTA BE ICEMAN.

Haynes rose to stardom with his role on The CW series Arrow, in which he played the superhero Arsenal from 2013-2020.  The association with another iconic hero so recently might seem to disqualify him from the role, though in the past Marvel hasn’t let that kind of close association stop them from casting other actors. Actor Chris Evans played the Fantastic Four character Human Torch from 2005-2007, only to land the iconic role of Captain America just a few years later.

Subscribe to Queerty for a daily dose of #entertainment #coltonhayes.x-men #marvel stories and more