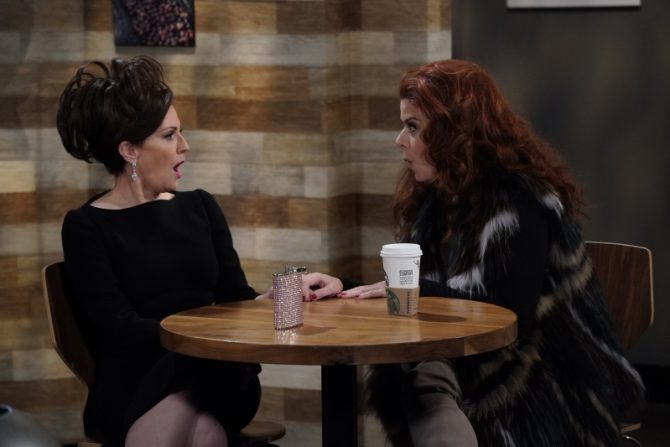 And while the on-set tension may not have been the reason for the show’s end, it sounds like it certainly didn’t help.

Speaking to Entertainment Weekly, the show’s creators looked back on their enduring labor of love. They were able to film the finale episode back in pre-lockdown December, for which Mutchnick said they have Messing’s “pain-in-the-ass” contract to thank:

“Oh my God, thank God. It would have been the most unfinished feeling to not get to the end of this season. Thank God Debra had it in her contract that we had to be done by Christmas. I finally found the silver lining in that really pain-in-the-ass clause.”

EW later asked Mutchnick about the rumored “tensions” and whether they affected the show’s storytelling.

“We always work under this kind of motto that everything’s about the work. It’s just about the work. And so if we stay true to that, then we just keep you guys out of whatever happened on the set this year because it would have done nothing but get in the way of the stories that we wanted to tell.

It was not an easy year, but the permanent legacy of the show is much more important to us than any temporary squabble that would take place on the stage.”

Eric McCormack told US Weekly last year that the feud rumors are “crazy.”

“It is crazy! I think people worried about that entirely too much. The four of us get along like a house on fire, we always have.”

Related: How ‘Will & Grace’ creator Max Mutchnick is changing the world with humor & love

NBC co-chairman Paul Telegdy also half-addressed the rumors last year, denying there was any ‘there’ there:

“Some things come to a natural end,” he told TVLine. “Max and David told the story they wanted to tell. Just wait for the finale. It’s epic; it ties together so many threads. It is coming to a great, natural end.”