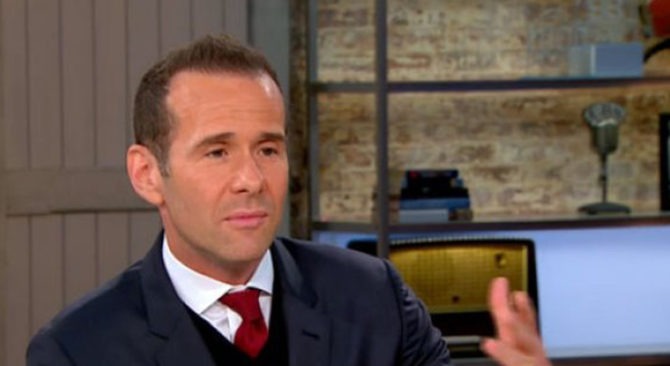 Who He Is: Emmy-winning writer & Executive Producer

Why He Matters: After cutting his teeth writing The Wonder Years, Mutchnick went on to co-create with David Kohan the landmark sitcom Will & Grace, greenlighted by Warren Littlefield. The show became an instant smash and classic comedy, helping to bring acceptance for gay people. None other than Joe Biden cited the series as helping him come to terms with marriage equality and other queer concerns.

Why We’re Proud: When NBC announced the return of Will & Grace for a 9th season–and after a decade hiatus, no less–fans felt understandable anxiety. Would the show still be funny and smart in a very different time?

Hello Twitter! Nice to be back. Here's some of what I've been up to: http://t.co/dWZdpikBpp #REPlayground pic.twitter.com/3Bs8HJTYXN

The answer is a resounding yes. Despite the progress the community has made since the show’s finale in 2006, there remains plenty to riff on today. We’re still cackling about Grace redecorating the Oval Office.

Asked by Queerty to explain why the show still resonates, he puts it this way: “Like good architecture, if you build it right it will stand the test of time.”

Mutchnick reflected about how NBC insisted that the title characters should end up happily married and in love with each other (?!) throughout the show’s long run. Then as now, Mutchnick wouldn’t compromise and the characters have stayed single: Will & Grace always confronted the very real challenge gay people face every day with sincerity and humor.

Mutchnick married Erik Hyman in 2008 and gave birth via surrogate to twin girls shortly thereafter. Earlier this year, Mutchnick donated more than 1,000 copies of A Day in the Life of Marlon Bundo, a children’s book that highlights the anti-gay history of Vice President Mike Pence, to elementary school libraries.

In an interview with Queerty, Mutchnick talked about a recent episode about conversion therapy and taking on Mike Pence’s advocacy for the abusive practice:

This was the right way to tell the story and this was the right way to get Will and Jack inside a conversion therapy camp, which I think are like modern day torture camps. The fact that they still exist and the fact that we have a vice president in the White House who has endorsed this method of “therapy”—and I say “therapy” in quotes because it’s not a therapy, I only view it as a form of torture.

Politics remains an undercurrent of the show, more needed now than ever. “Every day I’m more and more scared that I’m going to wake up and I will be living The Handmaid’s Tale,” he explains. “Trump’s judicial appointments are going to be the demise of gay rights as we know them.”

Not content with one round of success, Max Mutchnick has kept up the good fight. It never hurts that he’s making us laugh in very difficult times all along the way.