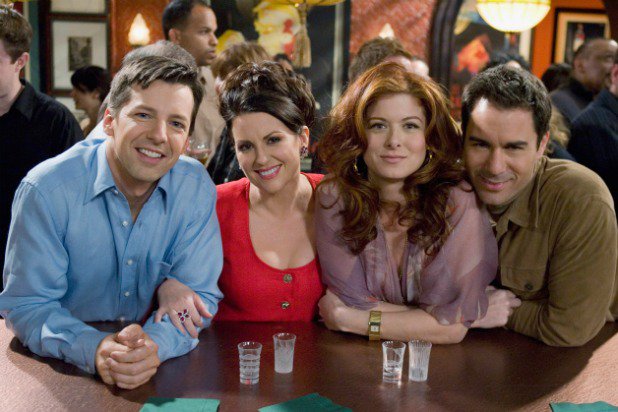 The wait is over.

The vicious rumors can stop flying.

The public can finally rest easy without the question bouncing around the vacant halls of the collective unconscious. Carl Jung dreamed of a moment like this.

Related: Brian Jordan Alvarez on his ‘Will & Grace’ debut and his unstoppable YouTube channel

What are the preferred sexual positions of the fictionalized world of Will & Grace, anyway?

We placed the #WillAndGrace characters.

Here’s a handy key to this important map:

Related: That time Queerty got called out in the “Will & Grace” premiere

Perhaps things aren’t so simple and tidy. Life is complicated and it seems there are quite a number of dissenting opinions on the matter.

Vince is the kinda guy we all hope is a top, being tall, dark and handsome and all, but is almost always is a bottom. I say flip lawful bottom and lawful top, neutral bottom and neutral top and chaotic bottom and chaotic vers and this would then be accurate.

But the episode in which Karen was sleeping in her limo Rosie was spooning her from behind. Jack even said Karen’s a bottom. Who has a better gaydar than Jack?

Swap Grace and Malcolm around and you’re good to go. ??