In 2018, Scarlett Johansson famously dropped out of playing trans man Dante Tex Gill in the movie Rub and Tug after there was a rousing backlash to the umpteenth cisgender actor lining up to play trans.

After that, the project languished, though trans Transparent and Pose writer (and noted performer) Our Lady J was reportedly writing a pilot for a TV version two years ago, something we haven’t heard updates on since.

Either way, the general feeling I kept hearing was “But they can’t do this story without a star! ScarJo is a big name!” Of course, the business has made sure that very few trans people—-especially trans men–have been granted the opportunity for stardom, so the biz basically creates its own brick wall for the trans community and then blames the wall for the fact that they can’t be hired!

But things have shifted and there happen to be two big-name trans men making waves right now. One is Elliot Page. The other is Murray Hill, the endearing comic actor who is currently scoring on no fewer than three shows (Somebody Somewhere, Life & Beth and Welcome To Flatch). Murray vigorously campaigned for the role back when ScarJo dropped out, but now, he seems even more perfect for the whole thing.

When I ran into Mur recently, I told him my feelings about how the trans celebrity landscape has changed and asked how he felt about the possibility of me reviving his campaign. He said he would love the idea. “Elliot Page would never want to wear the fat suit–but I don’t have to,” he beamed, squeezing his middle region. “This is authentic!” That’s so true. Everything about him is authentic.

Anyway, I reached out to Our Lady J to ask if there’s still life in the TV version and if Murray might be considered for it. She replied: “Rub & Tug is moving along, though I can’t share what stage we’re at yet…I also love Murray so much, and he’s an old friend. But I can’t share anything on casting at the moment. Thank you for thinking of me!”

A NEW CUP OF AMBITION 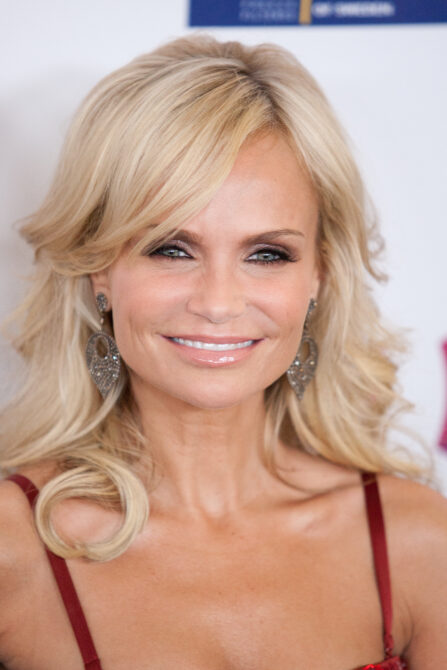 In another casting saga, the multitalented Kristin Chenoweth (Broadway’s original Glinda in Wicked) has had way too many aborted projects for my taste. Way back in 2005, she was supposed to star as 1960s lesbian singer Dusty Springfield (“Wishin’ and Hopin’ ”) in a biopic that has yet to materialize, though I’m crazily enough still wishin’ and hopin.’

There was also more recent talk of her developing a Broadway musical about gay-friendly evangelist Tammy Faye Bakker, and while it might still be in the works, the version of the same story, with a score by Elton John and Jake Shears, is definitely opening this fall in London, so that is certainly eclipsing it. (Casting hasn’t been announced for that production yet, but this is a different project than Kristin’s was. Hey, maybe it’ll be Oscar winner Jessica Chastain!)

But finally, there’s something that sounds a tiny bit more possible. The legendary Dolly Parton-—who wrote the score for the 2008 Broadway musical version of 9 To 5-—has said that she wants to turn her life story into a show or movie. She has also remarked that Kristin Chenoweth (who is blond, countrified and churchy and has done a memorable Parton impression) would be a wonderful choice to star as her.

“I’m ready, Dolly” tweeted the Broadway actor on March 24, chomping at the bit. Are you listening, world? If Kristin doesn’t get this part, I will suffer some very serious post-Parton depression.

DO YOU KNOW WHERE YOU’RE GOING TO?
The Oscars–which were pretty glorious until Will Smith revealed himself to the world–poignantly ended with Lady Gaga escorting Oscar winner Liza Minnelli (Cabaret) out to present Best Picture. Well, one of Diana Ross‘s daughters is telling people that the first choice for that slot was actually Diana, who for some reason turned it down. This year happens to not only be the 50th anniversary of Cabaret, but of Diana’s Oscar nominated turn as jazz singer Billie Holiday in Lady Sings The Blues. What a lost opportunity! Diana could have come out and tauntingly sung “I’m Coming Out” in the face of…all sorts of people. 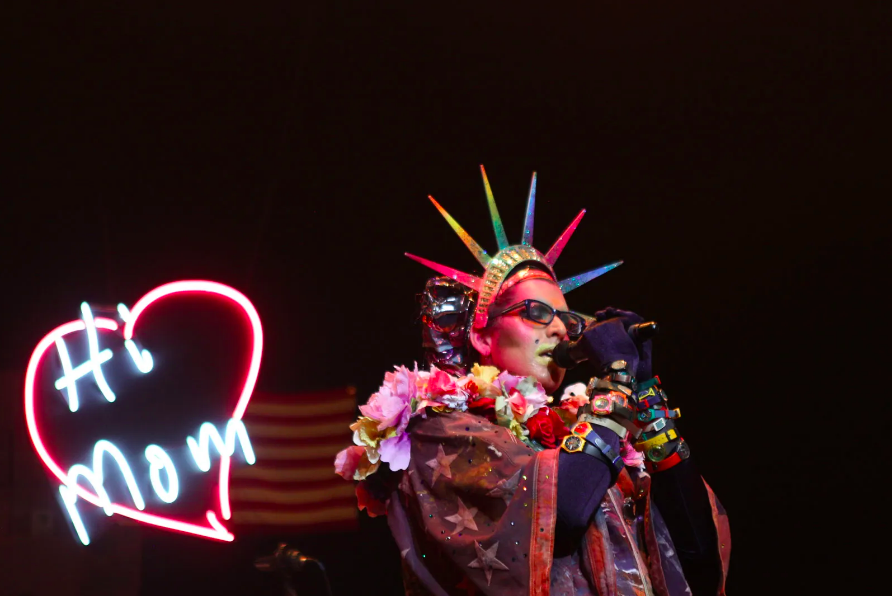 And finally, here’s an actual career move, and it’s well deserved: Machine Dazzle (a/k/a Matthew Flower) has long been a radically inventive and sparkly costume designer for the likes of Taylor Mac and Justin Vivian Bond. Well, Machine is getting a two-floor exhibit this September at New York’s always trendy Museum of Arts and Design (MAD). The exhibit is called “Queer Maximalism” and I expect to see everyone mentioned above at the opening.