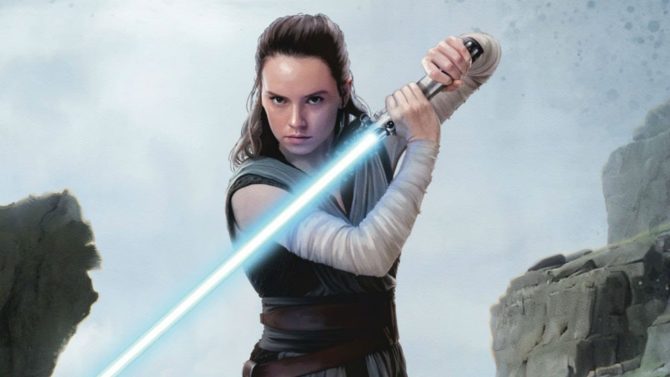 Poe & Finn shippers, don’t get your hopes up, but JJ Abrams, helmer of the latest Star Wars installment The Rise of Skywalker, has hinted that we may finally see some LGBTQ representation coming to the beloved sci-fi franchise.

The Rise of Skywalker closes out the sequel trilogy begun in 2015 with The Force Awakens. Since the premiere of that movie, fans of the characters Finn & Poe (played by John Boyega and Oscar Isaac, respectively) have commented on the intense relationship between the pair, and hoped for a bit of romance. Boyega & Isaac, for their part, have encouraged the idea over the years, although Abrams shot down the idea in a recent interview.

“That relationship to me is a far deeper one than a romantic one,” Abrams said to Variety. “It is a deep bond that these two have, not just because of the trial by fire in which they met, but also because of their willingness to be as intimate as they are, as afraid as they, as unsure as they are, and still be bold, and still be daring and brave.”

Though he shot down a Poe/Finn love story, Abrams also hinted that audiences might get to see some queerness in the movie after all. “In the case of the LGBTQ community, it was important to me that people who go to see this movie feel that they’re being represented in the film,” Abrams said.

Although we can’t confirm with total certainty, we have it on good authority that the “representation” Abrams refers to a brief shot of two women kissing before the film’s final battle. Generous and brave images of LGBTQ characters, eh?

Abrams’ lackluster attempt at representation will come as no surprise to anyone that knows his filmography. Throughout his film career, he’s almost totally ignored queer people in his films. He faced similar criticisms during his run on the revived Star Trek franchise for a lack of inclusion, not to mention misogyny and whitewashing. Abrams also penned a notoriously homophobic Superman script entitled Superman Flyby that portrayed Jimmy Olson as a gay character, and the butt of homophobic jokes from his fellow staff at The Daily Planet.

Disney, the parent company of Lucasfilm, which produces Star Wars media, has also come under fire for queerbaiting in the franchise. Last year, actor Donald Glover described his character Lando Calrissian in Solo as “pansexual” because he had a love affair… with a robot. Several tie-in novels have also identified characters as gay, though that detail has yet to slip into the movies. That said, recently the animated series Resistance also introduced the first on-screen gay couple in canon, the alien couple Orka & Flix.