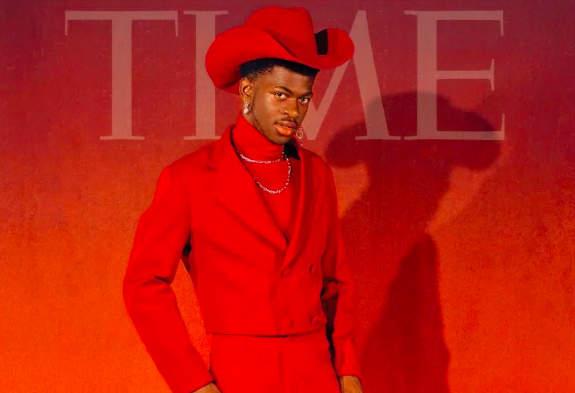 It’s official: “Old Town Road” is the unofficial anthem of the summer of 2019. The millions of streamers and downloaders who put it atop Billboard’s Hot 100 for 19 weeks and counting can’t be wrong. At this point, even if Lil Nas X, the 20-year-old country rapper who launched the smash into the musical stratosphere, is here today and gone tomorrow, never to be heard from again, he’s made history, on and off the charts.

Twenty weeks ago, few might have predicted that his debut single, a country-rap hybrid that extols the joy of riding a horse (and a tractor!), would become the Hot 100’s longest-running number one of all time. And more unexpectedly, it’s scaled those previously unfathomable heights despite Nas X’s coming out as gay in June, on the last day of LGBTQ Pride Month.

Although the bigots came out in full force to try to take Nas X down, they clearly didn’t succeed. Is this a sign that a new day truly has come for LGBTQ artists in music, particularly hip hop?

Well, yes and no and maybe so. Entertainment, especially pop music, has never been more hospitable to LGBTQ acts than now. The breakthrough success of performers such as Sam Smith, Frank Ocean, Troye Sivan, Halsey, Janelle Monáe, and Kim Petras over the past decade or so offers proof of that. This year, Rocketman, unlike the 2018 Freddie Mercury biopic Bohemian Rhapsody, put Elton John’s homosexuality on full display without hurting either the legend’s legacy or the film’s commercial appeal.

But what about hip hop, a musical form and lifestyle that has bred unapologetic homophobia for years, a place where traditional and often toxic masculinity are celebrated and rewarded? Will Nas X help make rap safer for LGBTQ artists, particularly male ones.

That remains to be seen, but it would be more likely if the hip hop community embraced Nas X as one of its own. He’s largely considered to be more of a pop novelty act, a probable one-hit wonder, than the next rap superstar. His flashy duds and emphasis on marketing over message make him more of an obvious heir apparent to MC Hammer than LL Cool J.

Although I would never attempt to dictate when anyone should come out, and I think it’s wonderful and admirable that Nas X did, I wonder what the net effect would have been if he had waited until he was an established star. Then there would be no dismissing him as a flash-in-the-pan novelty act whose sexual orientation is therefore almost beside the point. Then he could have been a true litmus test on whether a black music superstar — an R&B or hip hop equivalent of, say, Elton John or Ricky Martin — can remain one after coming out.

That scenario has yet to be tested. The handful of rappers and hip hop artists who preceded Nas X out of the closet, like ILoveMakonnen, Brockhampton leader Kevin Abstract, and even Frank Ocean, did so without risking multiplatinum careers. Before they came out, suburban white kids weren’t chanting their names or quoting their lyrics en masse — and that’s still not happening.

Nas X has already surpassed them all in mass popularity, which is hardly shocking. If you look at the history of black gays in the white mainstream (from RuPaul to Titus Andromedon on Netflix‘s Unbreakable Kimmy Schmidt to Eric on Netflix’s Sex Education), he fits neatly into an acceptable niche. In many ways, he represents the brand of gay black male sexuality with which white audiences are most comfortable, one that is flashy, in your face, and almost asexual. One can enjoy Nas X’s music, knowing he’s gay, and never even think about him having sex with a man. That’s not what he’s selling.

Tyler, The Creator, 28, Frank Ocean’s former bandmate in Odd Future, isn’t peddling sex either, but he’s closer to the stock image of a straight black man. In an ironic twist, he might be doing more for LBGTQ acceptance in hip hop, without ever actually coming out.

The rapper used to casually toss off homophobic rhymes, but in a 2017 interview with XXL he talked about a boyfriend he had as a teenager. That same year, his single “I Ain’t Got Time!” included the line “I been kissing white boys since 2004.”

He later backtracked and said his XXL comments had been misinterpreted. Then last year when Jaden Smith announced that Tyler was his boyfriend, he sheepishly denied it. Still, his acclaimed current album, Igor — a song cycle about a love triangle between a guy, the man he loves, and the latter’s girlfriend — is a stunningly unabashed LGBTQ musical statement, as powerful in its own way as Nas X’s coming-out tweet.

On the seventh track, “Boy Is a Gun,” he raps, “How come you the best to me?/I know you the worst for me/Boy, you sweet as sugar, diabetic to the first degree.” It’s a long way from Beastie Boys rapping “All I really want is girls” in 1986 to here, 33 years later.

When Igor debuted at number one in May, it became Tyler’s first effort to reach the summit of Billboard’s Top 200 album chart. Had he released a statement confirming his sexual orientation as gay before the album’s launch, would it have done so well? Would it have sold 165,000 copies in its first week, outpacing the latest album by DJ Khaled for the top spot? I think it very well could have, and he might not have had to sacrifice his standing in the hip hop community.

Tyler established his stardom and street cred in rap, in part, by exploiting homophobia, and in that ride-or-die world, it’s unlikely that his peers would deny he’s one of their own. Yes, that’s the stench of hypocrisy you’re smelling. Now, by exploiting queerness without outright identifying with it, Tyler has hedged his bets. He’s not only mastered the system; he’s also revealed how flawed it still is.

If Tyler is indeed queer and not just playing us all, in the end, he, not Nas X, might be the one with the real power to help fix a flawed system.