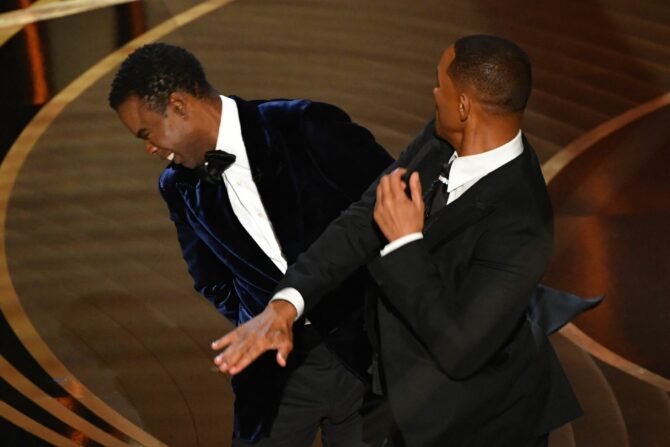 On Wednesday, the Academy of Motion Picture Arts and Sciences claimed they asked Will Smith to leave the Oscars ceremony after he forcibly slapped comedian Chris Rock on stage. Now sources are saying nothing could be further from the truth, and that a producer explicitly told Smith he could remain in the Dolby Theater.

The sources, who spoke anonymously with TMZ, are accusing the Academy of lying about the incident.

According to them, there was a debate among officials during a commercial break as to whether or not to eject Smith, but no consensus was reached.

“We’re told Will was aware there was talk about asking him to leave the theater. During one of the commercial breaks, we’re told Oscars producer Will Packer walked up to Will and said, ‘We do not want you to leave’ … this according to our sources,” TMZ reports. “Will Packer walked up to Will Smith just after 8 PM, around 35 minutes after the slap. That’s when he told Will he could stay, according to our sources. Will won the Best Actor Award around 5 minutes later.”

The shocking moment came after Rock made a joke about Smith’s wife, Jada Pinkett Smith, who has alopecia. Rock said he was waiting for Jada to star in “G.I. Jane 2” (the movie in which Demi Moore sported a crew cut).

At first, Will laughed, but Jada looked unimpressed. Moments later, Will strode up to the stage and slapped Rock.

Related: LGBTQ celebrities react to Will Smith slapping Chris Rock at the Oscars

He then returned to his seat and shouted at Rock to, “keep my wife’s name out your f—–g mouth!”

A tearful Smith apologized to the Academy and his fellow nominees as he accepted the Oscar for best actor for King Richard.

“Love will make you do crazy things,” he said. He also revealed Denzel Washington had told him after the incident: “At your highest, that’s when the devil comes for you.”

Days later, the Academy said in a statement: “Things unfolded in a way we could not have anticipated. While we would like to clarify that Mr. Smith was asked to leave the ceremony and refused, we also recognize we could have handled the situation differently.”

“Mr. Smith’s actions at the 94th Oscars were a deeply shocking, traumatic event to witness in-person and on television,” the academy added. “Mr. Rock, we apologize to you for what you experienced on our stage and thank you for your resilience in that moment. We also apologize to our nominees, guests and viewers for what transpired during what should have been a celebratory event.”

One of the night’s three main hosts, comedian Wanda Sykes, said on Ellen this week: “I just felt so awful for my friend, Chris. And it was sickening. I physically felt ill. And I’m still a little traumatized by it.

For them to let him stay in that room and enjoy the rest of the show and accept his award, I was like, ‘How gross is this? This is just the wrong message.’

You assault somebody, you get escorted out the building and that’s it. For them to let him continue, I thought it was gross. Plus, I wanted to be able to run out after he won and say, ‘Unfortunately will couldn’t be here tonight…’”