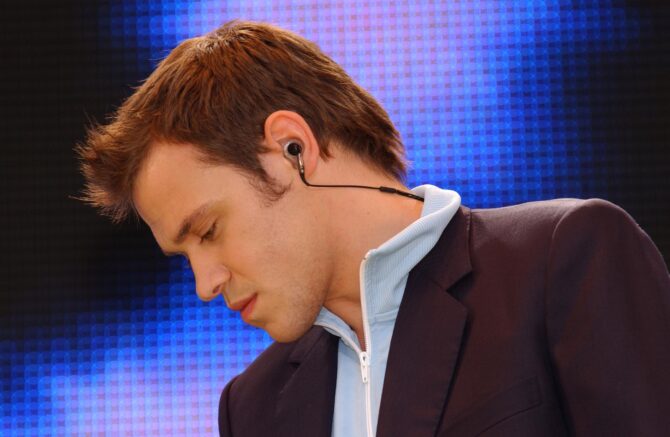 20 years after winning the first season of Pop Idol (American Idol‘s British precursor) at age 23, singer Will Young is sharing the hardships of being openly gay in ’00s Britain.

In a recent interview with Metro, the singer described the experience following his reluctant coming out.

“It was more just unnecessary stress. I wanted everybody to f*** off. I thought, ‘People are dying all over the world and you want to concentrate on this? Fine.’ That’s the way I still see it.”

Young hadn’t intended on coming out so soon following his win, but a threat of outing by a sleazy tabloid at the time left Young no choice but to give his own preemptive expose interview.

Related: Someone threatened to stab pop star Will Young. His response was amazing.

“Homophobia was still happening to me in public,” the star explained. “It was a real patriarchal system run by straight white guys, so it was rife in the media, in the music industry. I don’t think we should be forgetting the people who were flying the flag at a time which was pretty tricky.”

Young has been taking fans down memory lane on Instagram recently in honor of his new anniversary compilation album.

His rollout for 20 Years: The Greatest Hits, released late last month, has been filled with reminiscence:

After his long career in music, Young certainly has plenty of nostalgia to work with!

Related: Singer Will Young speaks candidly about what he used to do in secret in train bathrooms

While conditions for gay people have improved considerably in the UK since the early ’00s, the climate is still (dare we say increasingly) hostile towards trans people, thanks to the likes of TERF President J.K. Rowling and transphobic reporting out of the BBC.

Young touched on this in his interview, noting that they still have a ways to go.

“I want to educate myself even more on transgender rights,” he pointed out. “I feel like they’re in a delicate place at the moment with our government.”

While we work towards further progress, it is nice to look back at a beginning like that of Young’s career and see just how far we’ve come.

Check out the new 4K remaster of his 2004 single “Leave Right Now”.