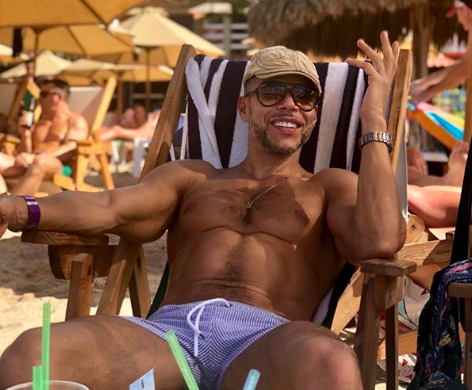 Actor Wilson Cruz, one of the first celebrities to call for a boycott of Equinox gyms, has taken to Twitter to share his fury. Following a request to cancel his membership, the gym has yet to respond.

The Star Trek: Discovery star became one of the first celebrities to call for an Equinox boycott over owner Stephen Ross’ decision to host an expensive fundraiser for Donald Trump. Ross and Trump have been friends for years.

To @Equinox, “..don’t make me come in to an actual gym because an in person meeting won’t be pretty. I’ve had more than enough of the posturing and obfuscation.” – WC pic.twitter.com/qmWmjMBqgW

Cruz, however, still refuses to let Equinox off the hook. “Your tone-deaf response to this matter to a clientele you have betrayed is beyond the pale,” he said via tweet. “Don’t make me come in to an actual gym because an in-person meeting won’t be pretty. I’ve had more than enough of the posturing and obfuscation.” He also added, “Stephen Ross’ fundraiser for Trump, your delayed and ridiculous response, the excuses you have made for Mr. Ross to the public and your employees and the audacity of Trump and Ross to LAUGH about this issue are disgusting.”