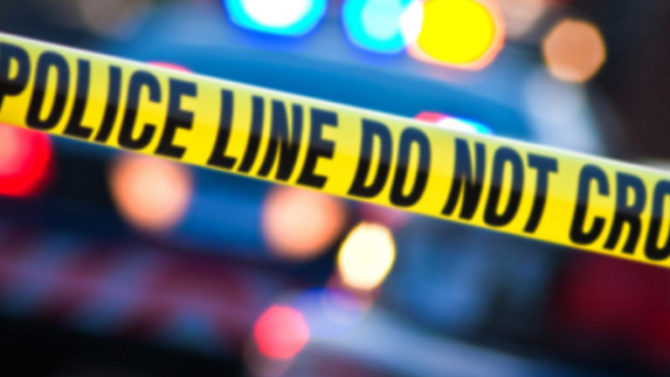 Police continue to investigate after a truck plowed into people at the start of the Wilton Manors Stonewall Parade on Saturday (June 19).

Two people were immediately rushed to hospital, where one was pronounced dead. The other is in a serious condition but is “expected to survive”, according to officials.

#BREAKING the driver is a member of the Fort Lauderdale Gay Men’s Chorus. So are the 2 victims he ran over with his truck, at the Wilton Manors #pride parade Saturday, according to the chorus President @WPLGLocal10 pic.twitter.com/1fao3WW0fl

In the immediate aftermath of the incident, some speculated as to whether it was a potential terror attack. However, a man was taken into custody by police at the scene, and within hours it was confirmed that he was a member of the local Gay Men’s Chorus and was due to be driving the lead truck at the event. It’s now believed that it was a tragic accident and he’d lost control of the white Dodge Ram.

Further details have since emerged. The man apprehended, who has not been named, is 77-years-old. He is cooperating fully with local authorities. A DUI examination conducted at the scene showed no sign of impairment.

“The driver of the vehicle, a 77-year-old male, was a participant who had ailments preventing him from walking the duration of the parade and was selected to drive as the lead vehicle,” police said.

At the start of the parade, the truck had unexpectedly accelerated, striking the two victims.

“After striking the pedestrians, the driver continued across all lanes of traffic, ultimately crashing into the fence of a business on the west side of the street,” said authorities.

An official told CBS Miami it was thought the driver reported his “foot was stuck between the gas pedal and the brake.”

The two victims rushed to the hospital were both male and were also members of the Gay Men’s Chorus.

Justin Knight, President of the Fort Lauderdale Gay Men’s Chorus issued a statement in the aftermath of the incident, saying: “Our thoughts and prayers are with those affected by the tragic accident that occurred when the Stonewall Pride Parade was just getting started.

“Our fellow Chorus members were those injured and the driver was also a part of the Chorus family. To my knowledge, this was not an attack on the LGBTQ community. We anticipate more details to follow and ask for the community’s love and support.”

Fort Lauderdale Mayor Dean Trantalis, who was near to the incident when it happened, had at first told media that he believed it to be a terror attack, based on what he witnessed. He has now said it looks like an accident.

“I was eyewitness to the horrifying events … I feared it could be intentional based on what I saw from mere feet away,” Trantalis said on Twitter.

“As the facts continue to be pieced together, a picture is emerging of an accident in which a truck careened out of control.”

My statement following yesterday’s events in Wilton Manors is below.
I want to thank our first responders for their efforts as police and medical personnel immediately attended to the scene. pic.twitter.com/lahwAQPO3C

Another person who had been at the parade and close to the incident was Democratic Rep. Debbie Wasserman Schultz. She later tweeted that she was safe but shaken by what had happened.

I am deeply shaken and devastated that a life was lost and others seriously injured at tonight’s @WiltonManorsCty Stonewall #Pride Parade. My staff, volunteers and I are thankfully safe.

“Our hearts and prayers go out to the family of the deceased, the other individuals involved, and the Chorus family. As we await the result of the police investigation, we ask the community to come together and pay tribute to the life lost so tragically.”

A prayer vigil was held to honor the victims on Sunday evening at Sunshine Cathedral.