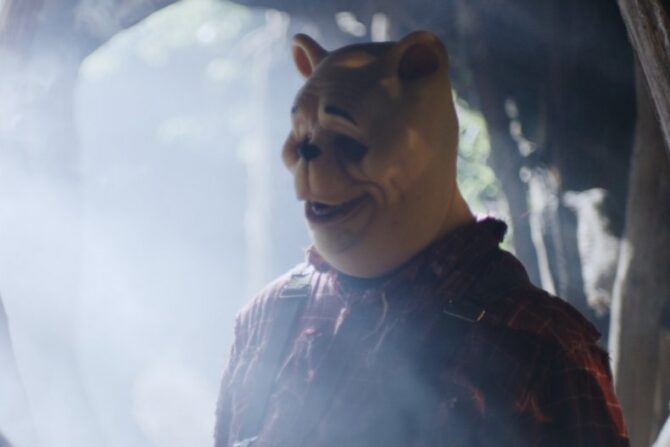 In case you haven’t heard, lowkey gay icon Winnie the Pooh is being reimagined as a hangry murderous bear in a violent R-rated horror movie.

Happy Bambi and Winnie the Pooh Entering the Public Domain Day, they’re gay now and there’s nothing Disney can do about it. pic.twitter.com/AoDgLwFU9C

In Winnie the Pooh: Blood and Honey, Pooh and Piglet go on a killing spree after being abandoned by Christopher Robin when he leaves for college.

“Christopher Robin is pulled away from them, and he’s not [given] them food, it’s made Pooh and Piglet’s life quite difficult,” Waterfield tells Variety. “Because they’ve had to fend for themselves so much, they’ve essentially become feral.”

Related: Disney set to give this gay(ish) character his own spinoff series next year…

“So they’ve gone back to their animal roots. They’re no longer tame: they’re like a vicious bear and pig who want to go around and try and find prey.”

The film, which was shot in just 10 days, wrapped last month. ITN Studios will distribute it, though a release date is TBD. We haven’t seen the movie, but based on the production stills that were just released, we already think a sequel is in store. Understandably, Twitter is freaking out about this. Here’s what folx are saying…

Winnie the Pooh is being made into a R-rated horror film. Yes, really.

This is why I love the public domain. pic.twitter.com/ZuEWwZ7WJg

since he’s in the public domain, Winnie the Pooh is officially a gay icon

Winnie the Pooh is canonically gay now (bc i said so)

finna watch the winnie the pooh horror movie on this pic.twitter.com/B38vhjgV8t

Winnie The Pooh is coming after your 2nd @ pic.twitter.com/yOEZBhBYBU

Winnie the Pooh is being made into a horror flick because its now public domain, ok – when are we getting a very gay version of the Great Gatsby???

Winnie The Pooh and WHAT!?! pic.twitter.com/jXoQQkSHq2

winnie the pooh characters as a gay brunch group. a thread: pic.twitter.com/E5LBZ8fNzP

martin scorsese: wahhhhh my pussy hurts cinema is bad rn what happened to the art form

I want to call your name, forever. And you will always answer me, forever.

Subscribe to Queerty for a daily dose of #entertainment #a.a.milne #rhyswaterfield stories and more