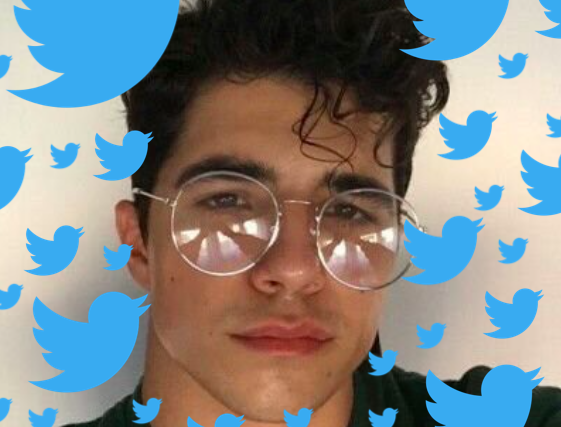 Meet Alexander Jackson, also known at @ItsAlexJackson on Twitter. He describes himself as “a man of mystery and power, whose power is exceeded only by his mystery” and a “Gus Kenworthy stan.”

We describe him as the internet’s wisest sage. Alex lives in New York and regularly shares his unique brand of commentary about all sorts of things LGBTQ related with his 93,000 Twitter followers.

From musings on gay culture:

To his thoughts on homophobia:

REMEMBER before you start making homophobic comments via your computer that you have to thank Alan Turing, a gay man, for your computer.

homophobes: being gay is a sin. you will burn in hell for eternity

gay dating is a lot like finding a job, you either find one on the internet or get a referral through a friend

gays: idk he just doesnt seem interested
someone: did u like, talk to him
gays:
gays: do what

straight dating: we have been talking for a few months and I think we are officially going out.

gays dating: this is adam i met him two hours ago at H&M and he is the one 🙂

everyone: teenagers need to focus on more important things

everyone: you’re just a teenager you don’t know what you’re talking about.. chill lol

Plus, he has thoughts on lot of other topics, including…

gays adapted the 80s and 90s masculine style but now we are called feminine and f*gs for it. pic.twitter.com/5od5ksohm0

what is gay privilege?

better sex.
no accidental kids.
date someone your size and double your wardrobe.
not being straight.
being able to listen to really good music together because of automatic good taste.
automatically being considered family by new freinds.

if you liked mythology as a kid you're gay

bi boy: I like both men and women
gay: I just like men
bi boy: cool you’re valid
gay: thanks you’re extremely valid too

STRAIGHT GUYS !!! if a gay guy thinks you're hot, you should feel flattered. because we are picky as fuck.

And the thing he needs most right now:

Seriously, we love this guy.

Related: These tweets about gay culture are lighting up social media — sound familiar?