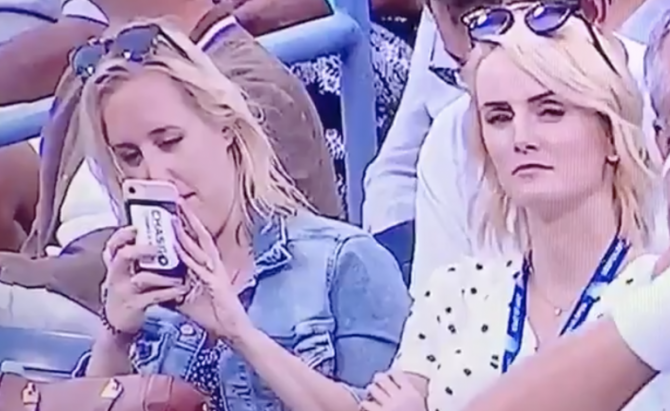 A woman caught on camera drooling over a shirtless tennis player has become an internet star. Not that we blame her.

The video first surfaced on the Twitter humor account No Match Windy, No?, an account purportedly run by a mother and daughter who have an electric lust for tennis star Raphael Nadal. Not that we blame them, either.

The clip shows two blond women watching a tennis match. When a rather hunky player removes his shirt, one of the women goes into heat, snatching out her phone to film him in action. Granted, if we were there, we’d have offered to help towel the sweat off the guy.

Reactions on Twitter varied from the applauding to condemnation over the objectification of the player in question. Several users suggested that if a man had filmed a woman doing the same thing, the internet would have raked him over the coals for sexism. That might be true, but then again, how many women take their tops off during a tennis match? We wouldn’t object to that either.

Blonde woman, top left. She is all of us ? pic.twitter.com/3EG7DHl32d

Frankly, if the woman in question is reading this, we hope she shares her angle of the clip with us.