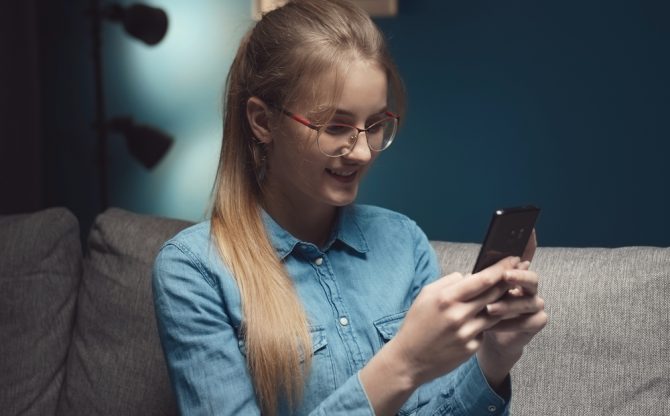 A French woman living in the U.K. is headed to prison after admitting to catfishing and stalking several unsuspecting men she met on Grindr.

31-year-old Yannick Glaudin tried to evade justice for more than a year by fleeing the U.K. to France. This week at the Inner London Crown Court in south-east London, she was sentenced to 13 months in prison for her crimes.

“During the period of contact, the victim sent to the defendant a number of intimate and personal pictures and videos,” McNamara said.

When the victim became suspicious over whether “Steven St Pier” was who he claimed to be, he cut off contact in December 2017. This triggered Glaudin to go on a months-long campaign of harassment, beginning with sending his nudes to his stepfather, friends, and friends of friends.

Then she followed him around town, emailing him photos of himself on the London underground that he had no idea were ever taken of him.

In February 2018, Glaudin started a relationship with a second victim and his former boyfriend, using the names “Harry Wars” and “Nick Guel.”

When the victim lost interest, she filed a false crime report claiming his boyfriend was sexually abusing an underage boy and that he was friends with “a known prostitute.”

Shortly after that, she filed another false crime report claiming to be the victim’s boss and “stating that he had seen videos of underage sex on a laptop.”

Oh, but it gets crazier.

Glaudin then began sending messages to the victim’s friends saying there was “a price” of €1,000 on the boyfriend’s head in Barcelona and London. Then she started sending men “looking for sex” over to the victim’s house.

Speaking at the court this week, the former boyfriend called the entire experience pure “hell.”

“I suffered the extreme shock of constant, insidious daily harassment at home, work and on every online channel I was registered on, by someone completely anonymous, using multiple aliases,” he said.

“The perpetrator has accused me personally of being a pedophile, impersonated me and my partner online via dating applications, sent multiple strangers to my home demanding anonymous sex, followed me … home, and taken photographs of our front door and taunted us about it.”

After getting busted, Glaudin tried fleeing to France but was extradited back to the U.K. in January.

She pleaded guilty to all the charges against her. Judge Silas Reid sentenced her to 13 months in prison.

“It’s difficult to understand why you did what you did, other than that during the period of your offending you were consumed by jealousy and a desire for revenge,” Reid said during sentencing.

Judge Reid also imposed a lifelong restraining order preventing Glaudin from ever contacting her victims and other individuals connected to the case ever again.