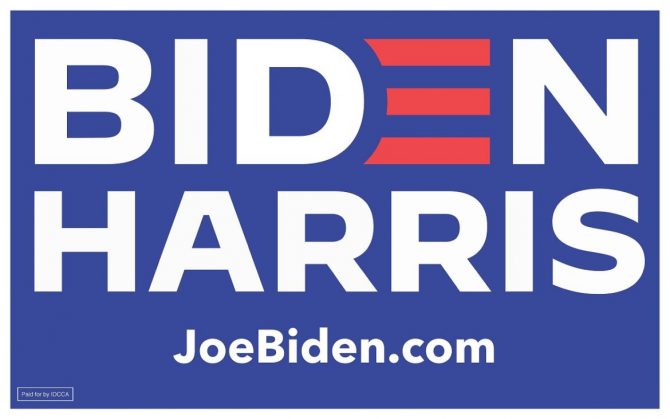 A Virginia woman might be slapped with a hefty fine and a lengthy jail sentence after she was caught on camera stealing a political sign from another person’s yard.

Sarah Osborn Barwick posted a screenshot taken from her friend’s security camera earlier this week that shows the middle-aged white woman getting out of her black SUV and grabbing a Biden sign from someone’s front lawn.

“Hi Scottsville sign stealer Karen,” Barwick wrote. “Hope you had fun. FYI: I just donated to Joe in your honor. Have a nice day. Please, please, please share this post.”

So far, Barwick’s post has received over 17,000 shares, although the woman has yet to be publicly identified.

Stealing or vandalizing yard signs is considered a Class 1 misdemeanor in Virginia and is punishable with a $2,500 fine and up to one year in jail.

The incident is similar to another sign-swiping episode that happened this past July when a Mary Kay saleswoman was caught getting out of her pink Cadillac and tearing down a Black Lives Matter sign on someone’s private property in Minnesota.

Linda Bergerson had been one of the cosmetic company’s top sellers before she was let go as an independent contractor for her behavior. 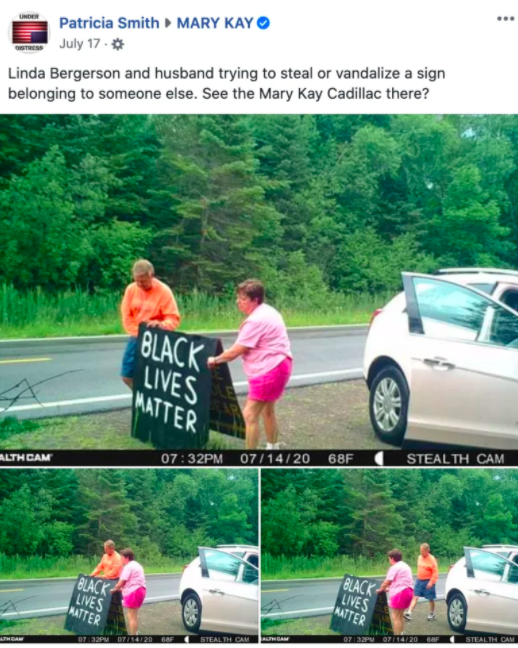 In an update to her original post about the Biden sign stealer, Barwick implied the woman has been located and said the situation is being “handled.”