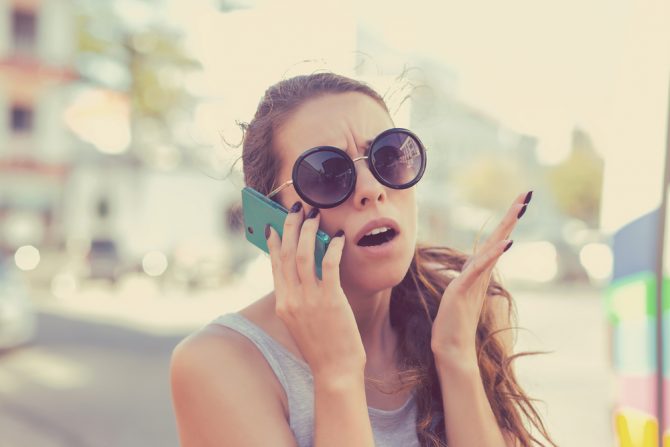 A straight, single 20-something woman is convinced all the guys she’s been meeting on straight dating apps are secretly gay and she’s fed up with it, so she’s seeking advice from our buddy Rich Juzwiak over at Slate.

“I’m a straight, single woman in her late 20s, and I’ve been on dating apps on and off for a few years now,” the woman explains. “I’m reaching out … about an experience I continue having over and over again on dating apps: I’m convinced I keep meeting closeted gay men.”

The woman explains that she keeps meeting guys who she likes. They’ll text for a while then meet up somewhere (or, more recently, have a Zoom date), and that’s when everything always goes awry.

“They come off as absolutely, 100 percent not straight—they have ‘gay voice,’ which I know you’ve already addressed on your column, and a specific body language,” she writes.

“I realize this sounds incredibly judgmental and ‘dated,’ but I’ve also known many men who exhibited these qualities for years and they have all ended up coming out sooner or later. I also know these guys could be queer or bi or something else.”

The woman goes on to say that the men all claim they’re straight, but she’s just not convinced.

“This happens to me so often that I’m starting to think dating apps are full of closeted gay men looking for beards,” she concludes. “I’m frustrated, confused, ashamed of having these thoughts, and I’m tired, so tired.”

Then she signs her letter “Fruit Fly.”

In his response, Juzwiak gently informs the woman that, yes, she’s being judgmental and no, the guys she’s meeting probably aren’t “closeted gay men looking for beards.”

“I don’t know what’s up with these guys you’re encountering,” he writes. “I haven’t read anything documenting the cultural phenomenon you suspect is afoot, and certainly gay men have their own apps to play on.”

Juzwiak continues by informing her, while there is a chance her suspicions may be accurate, we’re not living in the 1950s anymore.

“I’m not saying that no one is closeted and in the market for a beard anymore, but given the state of acceptance in many places, I would assume those guys would be more difficult to come by and not, as you suggest, as common as contoured cleavage at a drag show.”

He concludes by telling the woman that he believes the issue is her, not the men she’s meeting.

“What I think it comes down to is that you’re connecting with guys that you’re not attracted to,” he writes. “The way a person carries him or herself has a lot to do with their appeal, and you’re just not buying what they’re carrying.”

Instead of assuming all the guys she meets are gay and getting fed up about it, Juzwiak suggests she update her profile to detail exactly what qualities she’s looking for in a man. If that means being a little shallow, so be it.

“Dating is a slow, annoying process,” he writes, “as I’m sure you are aware.”

What advice would you give this woman? Share your words of wisdom in the comments section below…