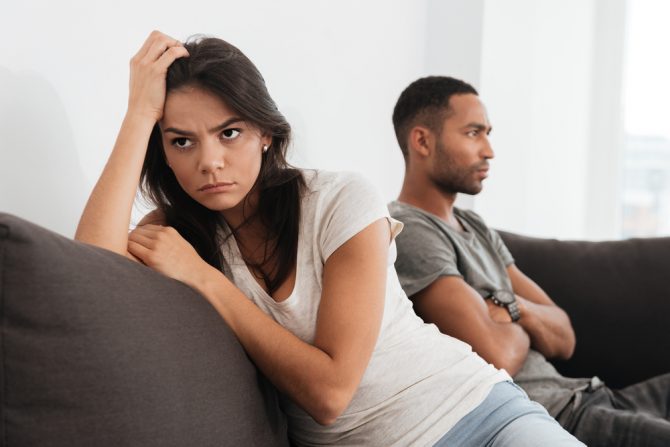 A woman says her boyfriend recently told her he was bi-curious and now she feels “duped” and doesn’t know what to do, so she’s seeking help from advice columnist Ask Amy.

The couple met at a party last year and immediately hit it off.

“He seemed very into me during the initial dating phase, and then we made it official in April,” the woman explains.

Things were great… for a while. Then last summer, he dropped a bomb.

“Halfway through the summer he admitted to me that, based on his ‘behavior with guys at parties,’ he thought he was bisexual,” the woman writes.

Now she says she feels “duped” by him not being upfront with her in the beginning and instead waiting to come out to her “until I told him I loved him.”

“He has been yo-yo-ing between wanting to be in a relationship with me and breaking up, because he says he doesn’t know whether he could pursue a long-term relationship with anyone until he knew more about his sexuality,” she laments.

It’s especially hurtful because they’ve talked about moving into together and “even speculated about what our children might look like.”

“We have also spoken about breaking up to enable him to explore his sexuality,” she writes. “I would find being in an open relationship emotionally destructive.”

Now, she wonders: “I don’t know whether encouraging him to stay with me is selfish, as it is not allowing him the space to discover who he really is. I am lost, hurt, confused, and I don’t know what to do. What’s your take? Am I being too close-minded?”

In her response, Amy assures the woman she’s not being close-minded or selfish, but she does maybe have her head in the clouds a bit.

“You sound like someone who is trying very hard to be in a steady and monogamous relationship with a man who is telling you — every way he knows how — that he wants (and needs) to explore,” Amy writes.

She continues by saying the woman and her boyfriend are “headed in opposite directions.”

Since forcing him to stay with her isn’t an option, and coercing him probably isn’t the healthiest idea either, Amy recommends the woman let him go.

“You need to let him go, and — because being in an open relationship wouldn’t be healthy for you — you should love and support him as a friend, while he figures out who he is — and what he wants,” she concludes.

What do you think of Amy’s advice? What would you suggest this woman do instead? Sound off in the comments section below…