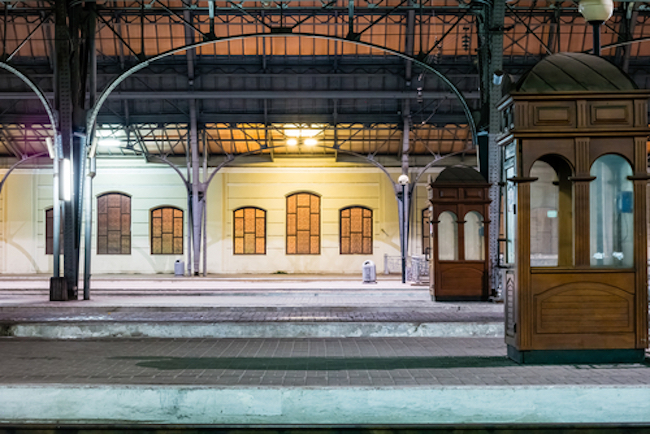 A 45-year-old woman is raising eyebrows by admitting she married a train station — and she claims it’s the exact same thing as being gay.

Related: ‘Sologamy’ is a growing trend for singles who want to marry themselves

“Most people know this building as the Santa Fe Depot,” she says, “but I know her as my friend, my life partner, my wife, Daidra Santa Fe.”

The Mirror reports she eagerly takes a 45-minute bus ride to see the San Diego station every day.

“I have been in love with the station since I was a young girl,” she says.

According to the tabloid, the two married in 2015 and Carol calls the event “the happiest days of our lives.”

It’s not legally binding, so Carol won’t be entitled to any of the station’s riches in the event of divorce.

Carol identifies as “Objectum sexual,” and says her preference is similar to same-sex attraction.

“Objectum sexuality is not a mental illness like the media always makes out,” she insists.

“It is our sexuality, just like being lesbian or bisexual – we are not crazy.

Daidra has been the most stable partner I have ever had. I have had the time of my life being her wife.

I used to be scared of being in love with humans, but I’m not scared with Daidra.

I could never love another train station – she is the one.”

We give it two weeks.

Check out the segment below: