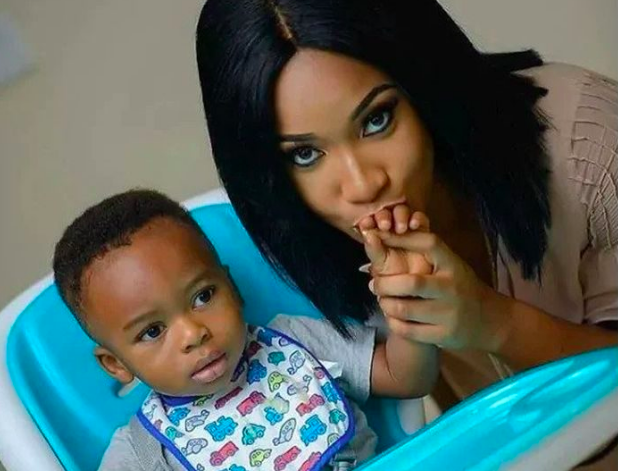 Tonto Dikeh is a popular Nigerian singer and actress with over 1 million Twitter followers and 4 million Instagram followers.

She recently made headlines after announcing she had stripped her young son of his surname and renamed him “King Adre Dikeh” after learning his, Olakunle Churchill, was bisexual.

Or so she claims.

She also claims Churchill is a fraud, a gigolo, a deadbeat dad, and a “retard” who “takes dicks.”

When someone called Dikeh out for her behavior, the actress took it one step further and said she had informed her young son that his father was dead.

“The fact remains he think [sic] the father is DEAD!!” the 33-year-old raged. 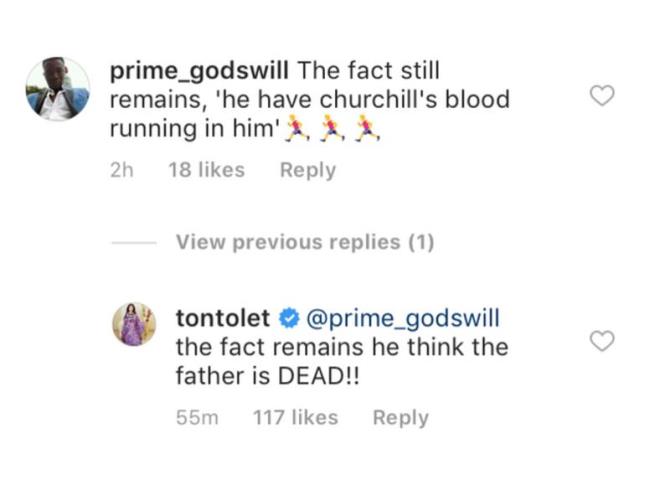 We’re sure that’s not going to have a lasting negative impact on the boy’s life.

Churchill, who is very much alive, is an entrepreneur and philanthropist. He and Dikeh met in 2014, they were married in 2015 and divorced two years later in 2017.

In Nigeria, same-sex sexual activity legal is punishable by death. The country has no laws protecting LGBTQ people and violence against gay people is frequent.

Read the meltdown below… 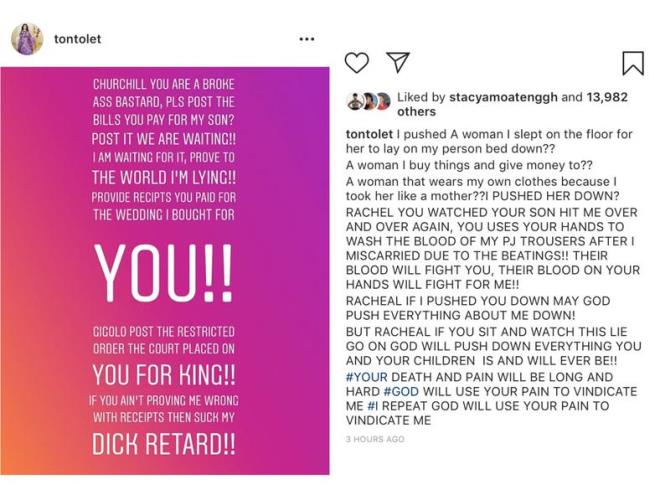 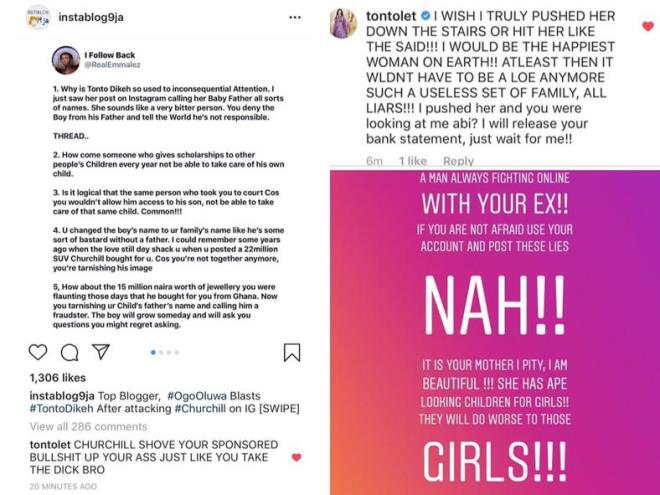 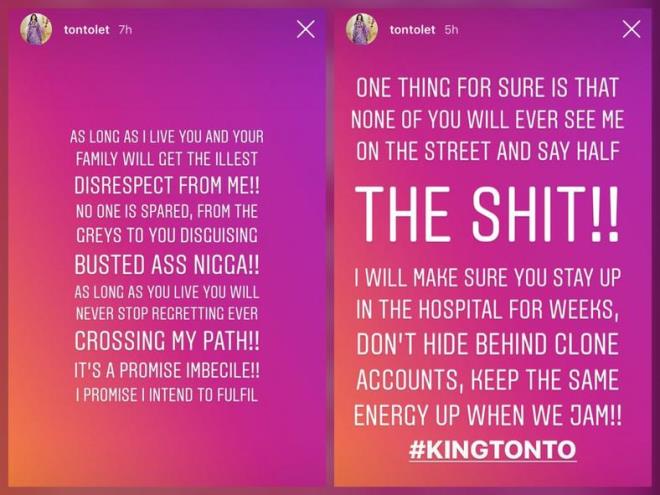