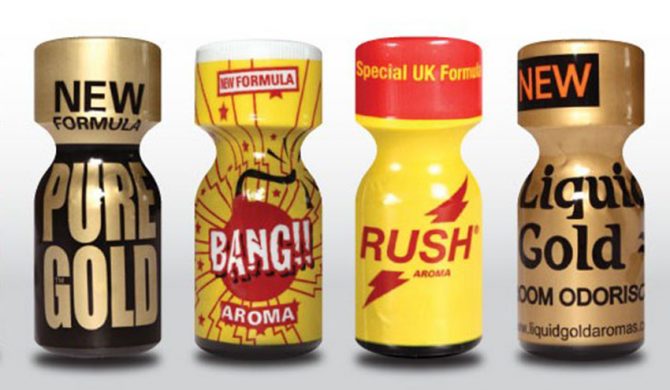 They may loosely resemble those little airplane bottles of booze, but one woman’s unfortunate death is a reminder to all that poppers are not meant for bodily consumption.

The Scottish woman drank a bottle of XL Gold, apparently mistaking it for alcohol. Poppers contain the inhalant isopropyl nitrate and are technically illegal in the UK. As such, they are marketed as “room odourisers” or “video head cleaner” with a big wink.

But sadly the woman, who died on May 6 according to PinkNews, was unaware of the bottle’s actual contents.

And that could have something to do with how the shop, Arbroath’s Party Time, displayed the merchandise — “in a separate box on the counter in amongst miniatures of alcohol,” according to a report by the local licensing standards office.

The report claims a man purchased two bottles and later gave one to the woman. The bottle was marked “not for human consumption,” but she apparently drank the entire thing.

The shop is now the target of an investigation and has retained council. Lawyer Janet Hood told the Daily Record:

Related: Politician Outs Himself As A Poppers User During Debate

“Obviously my client is extremely upset that the woman died but the product is legal and was sold legally.

“It is terribly unfortunate but the product is clearly marked as not being for human consumption and in my opinion a shop cannot be held responsible for decisions someone chooses to make at home.

“There a number of household products from bleach to shampoo that are sold legally but should not be drunk.”