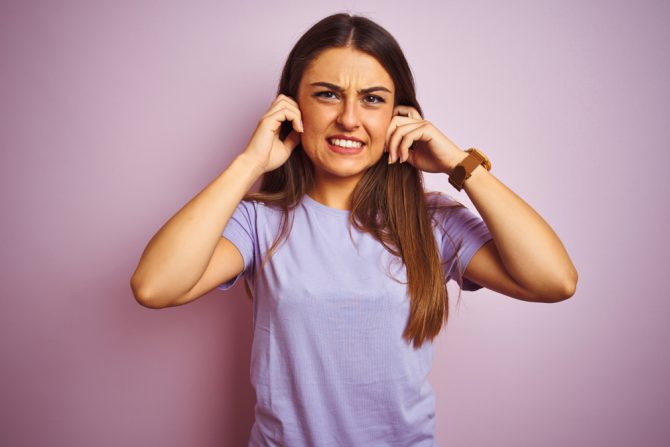 A woman says she keeps meeting great guys, but they all have the same problem: They say they’re straight, but they sound totally gay. She isn’t sure what to make of it, so she’s seeking advice from our pal Rich Juzwiak over at Slate.

The woman is currently dating two different guys, both of whom have voices she finds troubling.

“They both sound completely gay—like, out-of-the-closet, effeminate-speech gay,” she writes. “This is kind of a libido killer for me, and it makes my brain spin.”

The woman goes on to say she’s “not proud” of her response to these men’s voices, but she can’t help it.

“I can’t even tell if I sound homophobic here, but is it homophobic to be a straight woman and not want to date a gay man? See? My brain is a mess.”

The woman goes on to say that she fears both men might be in denial about their sexualities or, on the flip side, that she’s “passing up on some fantastic men because they are indeed straight.”

She concludes: “I know it’s up to me to decide if I find them attractive and move ahead, but I guess I want someone to tell me that it’s possible that I’m a nincompoop here and that straight men can ‘sound gay.'”

In his response, Juzwiak is very patient with the woman, letting her know that she’s not homophobic, but that her logic around all this is a kinda outdated.

“You’re referencing the documented phenomenon of male ‘gay voice’,” he explains. “For many, it remains among the most blatant cultural signifiers of gayness, which I guess sucks for people who don’t want to sound gay but is great for those who do.”

A tone of voice used to sound homosexual. This is usually obtained when one uses incorrect usage of “I” or “We” in the plural saying “I’s” or “We’s” respectively. It is also known to sound like a southern accent such as Bruce from the television program “Family Guy.” Slirring [sic] the “s” is a word is also necessary to achieve the proper tone of the gay voice.

There have been numerous studies on the “gay voice” phenomenon. There’s even a documentary called Do I Sound Gay? all about it.

In other words: the men this woman is dating could be gay… or bi… or queer… or straight. It’s impossible to know based on stereotypes about gay men’s voices.

“It’s not homophobic for you not to want to date gay men (that’s merely efficient),” Juzwiak writes, “but before you start patting yourself on the back, realize that you aren’t exhibiting the most open of minds.”

He contineus: “For as much as a gay voice can be a blessing, it can also put an immediate target on its owner as soon as he opens his mouth and attempts to function in the world as anyone would. The threat of violence aside, some people simply just don’t take you seriously when you scan as “nelly” to their ears. And that’s really frustrating. And you’re guilty of doing just that.”

Juzwiak concludes by telling the woman that if she’s not into these guys, that’s fine, but she should try to exercise kindness when dealing with them. And remember, “if you lose out on opportunities for romance with good dudes over your conception of what a real man sounds like (as reality is actually staring you right in the face), well, maybe that serves you right.”

What do you think of this situation and Juzwiak’s response? Sound off in the comments section below…