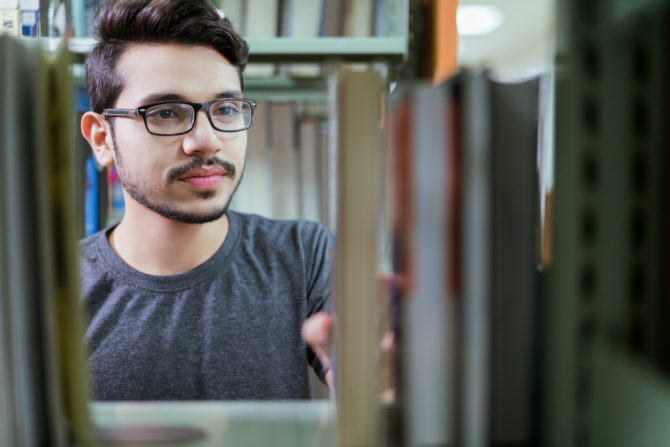 An Oregon man has been slapped with a six-month ban from his little local library after engaging in a passive aggressive form of protest, KSLA-TV reports.

The trouble all started about a year ago. Librarians at the Baker County Public Library began noticing DVDs mysteriously disappearing from their proper section only to be found in bizarre places around the building.

“Behind the shelved materials, we’d find them behind there. We’d also find them in complete other rooms – in the reference room, in the display rack, way down deep in shelving, in boxes, in low traffic areas,” library director Perry Stokes says. “Some of them we couldn’t find for so long that we eventually did replace them.”

It didn’t take long for them to realize the missing DVDs all had one thing in common: they were movies about LGBTQ people.

After doing a little bit of detective work, they quickly located the culprit responsible. The man, whose identity has not been released, is described as being a “regular library patron” of “retirement age.” He had a reputation among librarians for complaining about materials he found offensive and even had a few marks on his record for returning vandalized materials.

“He said he was just raised in an environment where a gay and lesbian lifestyle was not acceptable, and he felt like the library shouldn’t have materials reflecting that and he wanted to obstruct access to them,” Stokes explains.

Stokes adds that the library carries nearly 14,000 DVDs; LGBTQ content makes up less than 1% of the entire collection. He also says the library has no intention of getting rid of the DVDs or any of its other gay-related materials.

“We have taxpayers who are of the sexual orientation that he objects to,” Stokes says, “and they have every right to have their materials and stories reflected in the library.”

Instead, he pulled rank and banned the man from using the library for six months, effective immediately. He also told him that if he continues causing trouble, he could be banned for life and possibly face criminal charges.

The man, ashamed, apologized for his actions and promised to never do it again.