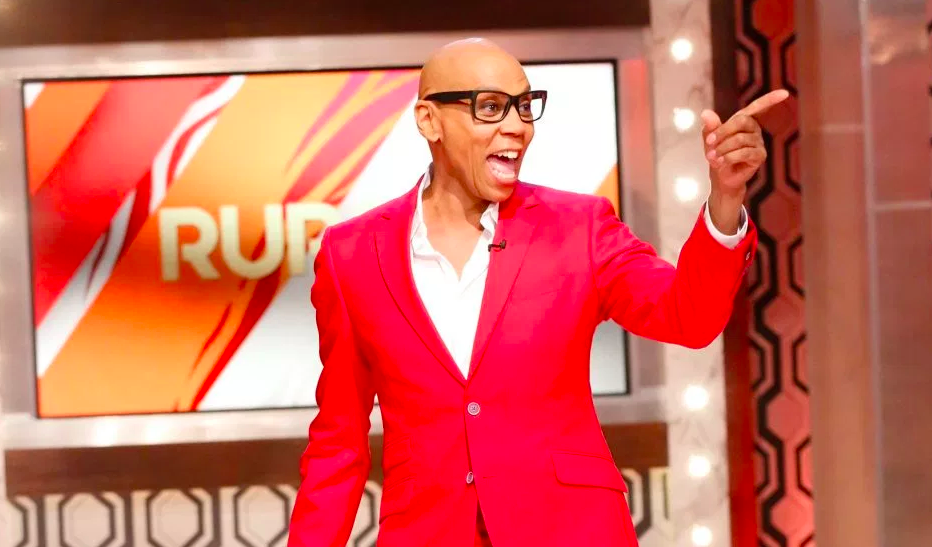 The iconic drag queen’s talk show is on the final leg of a three-week test run with Fox.

But the world needs this show, produced by World of Wonder, even after pride month.

This isn’t Charles’ first time at the talk show rodeo. He hosted The RuPaul Show on VH1 from 1996 to 1998. Donned in full drag, he and best Judy, Michelle Visage, were changing the face of television long before RuPaul’s Drag Race.

“For me, the talk show has never really ended,” he told me as we chatted after a recent taping of the new show, simply titled RuPaul. “I’ve been doing it forever. Even when I’m in the workroom on the Drag Race set, it’s a continuation of the same conversation.”

I recently had the opportunity to see this queer media legend in his element. With RuPaul, he brings his brand of love and acceptance to an industry dominated by roundtables of outspoken women with conflicting opinions trying to talk over each other. His new platform brings together celebs, viral sensations, and people just trying to make a difference.

“All the important conversations are really the same conversation, which is, ‘How are you managing this life? How are you getting excited to wake up every day? What are you doing?’ Everybody pretends like they have the instruction book, everybody looks like they have it, but everyone’s faking it really. The people who are able to self motivate, I want to know what you’re doing.”

The taping I had the pleasure of attending featured Adam Lambert as the celebrity guest. But the guest who earned the most emotional reaction was Sarah Cunningham, an Oklahoma City mother who founded Free Mom Hugs after reconciling with her once-estranged son.

Through Free Mom Hugs, she and moms all over the country attend prides and other events to offer hugs to queer people who might lack that ordinary maternal support in their lives, support everyone else takes for granted. They also stand in at same-sex weddings for people whose mothers won’t attend.

I can’t have been the only one in tears when she offered to stand in for fellow guest, Rayvon Owen’s mother at his upcoming nuptials. Owen appeared with fiance Shane Bitney Crone (subject and director of the documentary, Bridegroom). Crone went viral when he proposed to Owen onstage at a Demi Lovato concert.

“Just now, hearing that mom from Free Mom Hugs really tore me up,” Charles admitted. “On Drag Race, so many of those kids have similar stories, I mean horror stories, where they’ve been kicked out of the house, left at a bus station, all of that. It’s just really awful.”

Although this particular episode had an extra queer theme, the show has strayed from that niche. But it remains a beacon of the human condition, to which anyone can relate. Charles’ charisma (not to mention his uniqueness, nerve, and talent) make him the ideal host for a show that’s all about spreading love, which the world really needs more than ever now.

“I like organic conversations, I don’t like the canned speak that usually happens when I do those talk shows, where they pre-interview you to death and everything is planned out,” he said. “Very little is organic. I’m naturally inquisitive, and I’m actually interested in what makes people tick.”

As Drag Race continues to gain momentum with 11 seasons in the can, plus four seasons of All Stars in the US and spinoffs in Thailand and the UK, could Charles be ready to dominate another genre in his expanding empire?

“I always thought about going to places where I could be creative, and that is my life’s work, to find a place where I can create things,” he said.

In fact, Ru was remembering a story from childhood. “When The Partridge Family came out, I started a band in my neighborhood, and it lasted for one week because all the other kids lost the fire,” he explains. “But I kept it going because I loved the concept of trying to crack the code on an art project or seeing it through, and I’m still doing that to this day.”