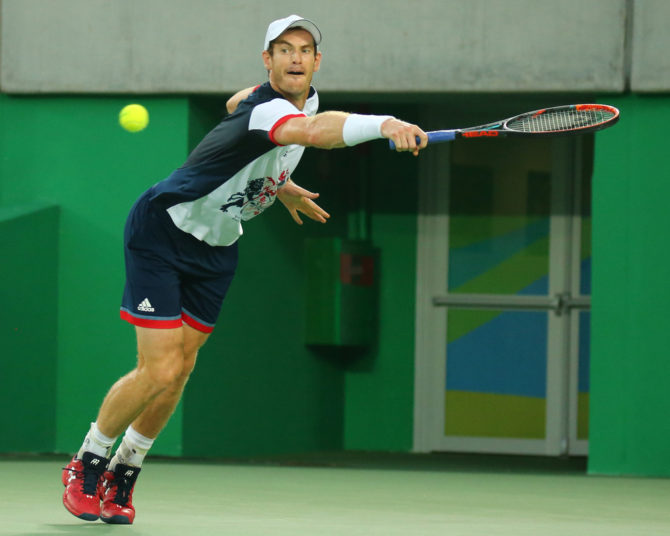 They’re both among the greatest tennis players of all time, but it’s what divides these two champions that’s making headlines.

Andy Murray, currently ranked No. 1 in the world, has fired back against homophobic comments made by fellow titleholder, Margaret Court. And like most great rivalries, it all started with a pie in the face.

Alan Joyce is the CEO of Australian airline Qantas. He’s also gay, a fierce advocate for marriage equality, and a recent victim of antigay harassment in the form a pie to the face. Some people truly have a regrettable lack of chill.

Among that group is Margaret Court, who made it clear last week she would not be flying with Qantas in light of Joyce’s position on marriage equality.

In a letter published by The Australian, Court said “I believe in marriage as a union between a man and a woman as stated in the Bible. Your statement leaves me no option but to use other airlines where possible for my extensive travelling.”

This week, Murray issued a response in The Sun: “I don’t see why anyone has a problem with two people who love each other getting married. You know, if it’s two men, two women, that’s great. I don’t see why it should matter. It’s not anyone else’s business. Everyone should have, in my opinion, the same rights.”

We’re just going to go ahead and call that love-15.

Out tennis player Richel Hogenkamp has also spoken publicly about Court’s remarks, and is asking the Australian Open to consider changing the name of the stadium that currently bears Court’s name.

“I don’t think you should be that outspoken,” she told ENCA.com. “I have a girlfriend myself. I don’t agree with what she’s saying.

“So I think it would be a good thing to see if Australian Open can maybe change the name of the stadium, because I think if you’re in that kind of position, maybe some players they don’t feel so comfortable playing in a stadium named after Margaret Court.”