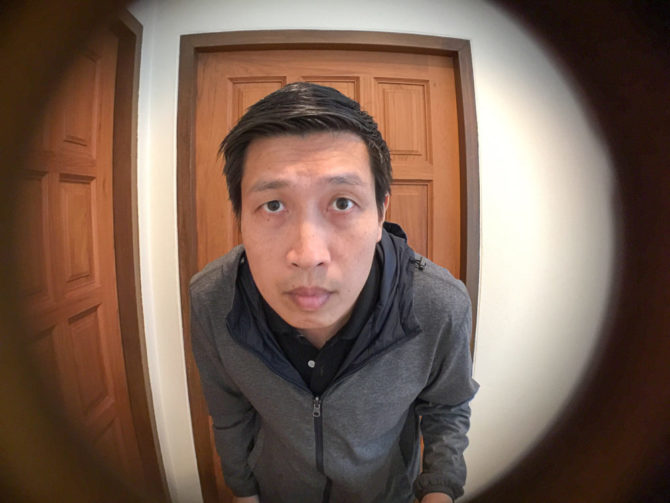 You never know who you’ll meet on Grindr. A few months ago, Steven Petrow struck up a conversation with a guy on the popular dating app.

“He had a job, he had an adorable pooch—and he was friends with people I knew in the flesh. So I gave him my cell number and asked him to call me about 10 p.m. that night,” he writes in a new column piece.

“Just after 10 he texted that he was at a restaurant around the corner—and he pulled into my driveway two minutes later,” Petrow writes.

Related: Man robbed, injected with meth and forced to go on $4,000 shopping spree by two guys he met on Grindr

He hadn’t given the man his address or even made concrete plans for them to meet. When he asked how the stranger figured out where he lived, he replied, “That was easy – you gave me your phone number.”

Petrow says he was “freaked out.” After all, who tracks down a person’s address using their cellphone number? Other than a stalker, that is.

After doing some investigating, he learned that once you have a person’s cellphone number, you can actually look up a person’s full name, home address, real age, and more using a $5-a-month premium subscription to WhitePages. From there, you can pretty much Google anything you want about a person.

Eric Silverberg, CEO of Scruff, tells Petrow this is precisely when you should “be thoughtful and cautious” about who you give your phone number to on dating apps.

“If you switch [from the app]to text messaging, there’s no community support to protect you and it’s going to be much harder for you to get help if there’s ever some kind of issue,” he says.

“I didn’t want to be tracked down again, so I got a Google Voice number, which rings on my cell phone,” he explains. “I can send and receive texts, listen to voicemails, and block numbers. I now give out that number instead of my real cell.”

The downside is that anyone who looked up the Google Voice number will find nothing and likely assume he’s catfishing them.

Have you ever had someone from a dating app show up at your place unannounced? How did you handle it? Share your stories in the comments section below…