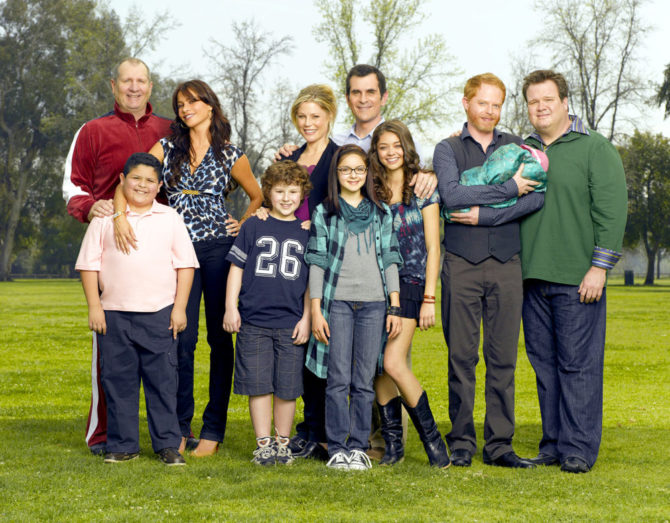 The sitcom Modern Family was a huge hit when it ran on ABC from 2009-2020. In addition to providing some wholesome family moments and racking up tons of accolades in the process, it helped normalize same-sex relationships and open people’s minds about what makes a family.

But according to recently obtained complaints from the Federal Communications Commission, it was also a disgusting X-rated all-nude gay sex fest not suitable for young eyes that never should’ve been allowed to air on primetime television.

Observer.com recently got its hands on ten pages of complaints filed against the show, which aired its final season last year, and they offer some interesting insight into the kind of homophobic bullsh*t ABC had to deal with when it produced the groundbreaking show.

Another complaint from a viewer in Chicago states, “I continually see a push for blatant homosexuality almost on every news show, showing gay people kissing… Just like they have warnings with violence and nudity, people have the right to know if a TV show has homosexual imagery in it.”

“I have a young Autistic child, 13 years old and he is confused as it is!” the person adds.

The show also received a number of complaints about male “nudity.” One viewer from Arizona wrote to the FCC to voice their disapproval of a scene in which a man “removes robe to show he was naked.”

And another viewer from Oklahoma wrote to say they were absolutely appalled when a scene “showed a mother and father chest was nude and part of the legs.”

This isn’t the first time FCC complaints about Modern Family have been released. In 2015, Brian Sparks for MuckRock News obtained three pages of complaints through a FOIA request. Those complaints, too, showed viewers outraged over the sitcom’s alleged explicit gay content.

“Gay life-style depicted as normal behavior,” a person from Michigan wrote, adding that it was “[influencing] young children to think being with a same sex [sic] partner is okay and normal.”

OK, now we have a confession. We never actually watched Modern Family when it was on the air, but now that we know it was so kinky, we may need to go back and add it to our queue.