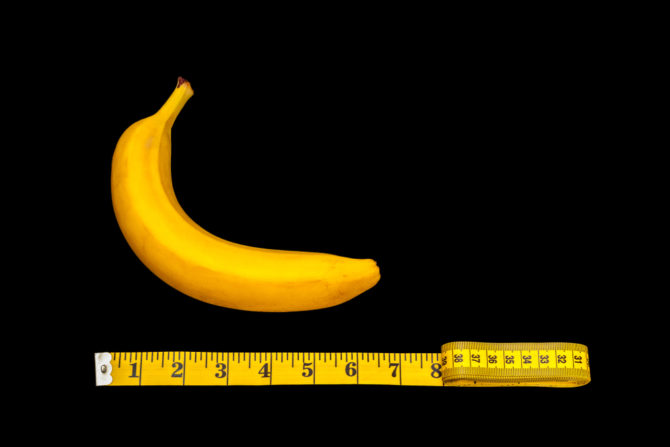 Earlier this year, I had an interesting conversation in Belgrade with a lovely Serbian man who told me about some of the difficulties he’s had on Grindr. In order to protect his identity, I’ll call him Luka, since that seemed to be the name of every other man I met in Belgrade.

Luka told me about the time he invited a guy over only to have his guest push his way inside and violently assault him and rob him as soon as Luka opened the front door. Then he told me about the men who sometimes invited him over to their places and quickly cancelled their sex dates as soon as they spotted him arriving from a window up above. Mostly, though, guys on Grindr just ignored him.

Then he made a move that completely turned around his Grindr experience. He put modesty aside and decided to advertise his “XXL” penis in his profile headline and in the profile itself and watched the invitations pour in.

I was initially turned off by the “XXL for XXL” in his headline when he first messaged me, but when I revealed that I might not live up to his “XXL” requirements and wasn’t looking to hook-up anyway and he still wanted to meet, I decided to give him a chance.

As he was walking me home after introducing me to two local gay bars, he revealed that he was seeing a young “bottom” with whom he had an open relationship. Although he was happy with his sort-of boyfriend, he wasn’t ready to give up all the attention and the men “XXL” was luring to his profile.

Although I was happy he was no longer getting assaulted or so flagrantly rejected, I was a little bit sad for Luka, too. He was such a nice guy, and he was reducing himself to his “XXL” as if that was his only value as a gay man. (To his credit, swayed by my argument against his demand for reciprocity in size, he shortened the “XXL for XXL” in his profile to, simply, “XXL.”

I’ve been there. As a gay black man who has spent most of the past 12 years living outside of the United States in countries where gay black men are few, I am regularly reduced to my size, which gay men (including some who are non-white and even a few black ones) generally assume is “XXL.” It happens both online and in person.

I became so accustomed to being asked “Is it true what they say about black men?” that I cheekily stole it for the title of my first book. If you can’t beat ’em, join ’em–and make fun of ’em, too.

Lately, though, I’ve noticed that guys who approach me have become even more obsessive than ever about my endowment. I know it’s not only a race thing, as I have a number of white friends who have had the same experience all over the world; however, in my case, it’s frequently linked directly or indirectly to my race.

“I guess you must be big,” one guy recently wrote. Hmm… I wonder why.

The assumptions don’t always work in my favor. Although I didn’t answer the infamous question about black men in my book (there really is none, as we come in as many sizes as men of any other race) and I never have in real life, I’ve had guys approach me and then reject me because they were worried I’d be too big to fit inside them. (Yes, they assume I’m a “top,” too.)

I’ve also had guys who have vanished as soon as I admitted that I’m probably closer to “M” or “L” than “XL” or “XXL.” Will that be a problem? Apparently, yes. I guess it wasn’t my warm smile that attracted them to my profile. Fair enough.

So many gay men seem to be so preoccupied with size these days, though, that I wonder if they’ve always been like this, or if as Grindr and social media in general have given us permission to be more upfront about such things, they’ve become more important than they used to be. I had one guy who actually had a size chart as his profile photo to accompany the “XL for XL” in the headline.

Frankly, I’ve never measured my own penis, and after seeing that chart, I don’t think I ever will. I’ve gotten generally positive reviews, but who knows what goes on in the heads of the guys who don’t say anything? Are they thinking “Too big” or “Too small” or “Just right”?

Or maybe they’re judging me on a curve because black men are supposed to be bigger than white men. Sometimes I envy women. Straight men are equally obsessed with breast size, but women can audition fully clothed. Some gay men expect you to either send a c*ck pic online or drop trou offline before they deem you worthy of their time. That would make rejection for being too big or not big enough so much more humiliating.

Although I still cringe a little on the inside when Grindr boys introduce themselves by asking “BBC?” or declaring “BBC!”, I’ve gotten to the point where I no longer get upset about either. I just move on to the next message.

To be honest, I get it. Although I’m not a size queen myself, I do appreciate a certain amount of, ahem, volume. But it can’t belong to just anyone. It has to be attached to a guy who has a lot more to offer than just what’s between his legs.

I never did get to see what was between Luka’s legs–at least not that Luka. But I did see enough beautiful, voluminous penises in Belgrade (as I have pretty much everywhere else) to wonder why so many guys would be lured by just that one thing.

An XXL penis is relatively easy to find. But a XXL heart (and intelligence and humor to match) is rarer and infinitely more valuable. I’ll have that, please.