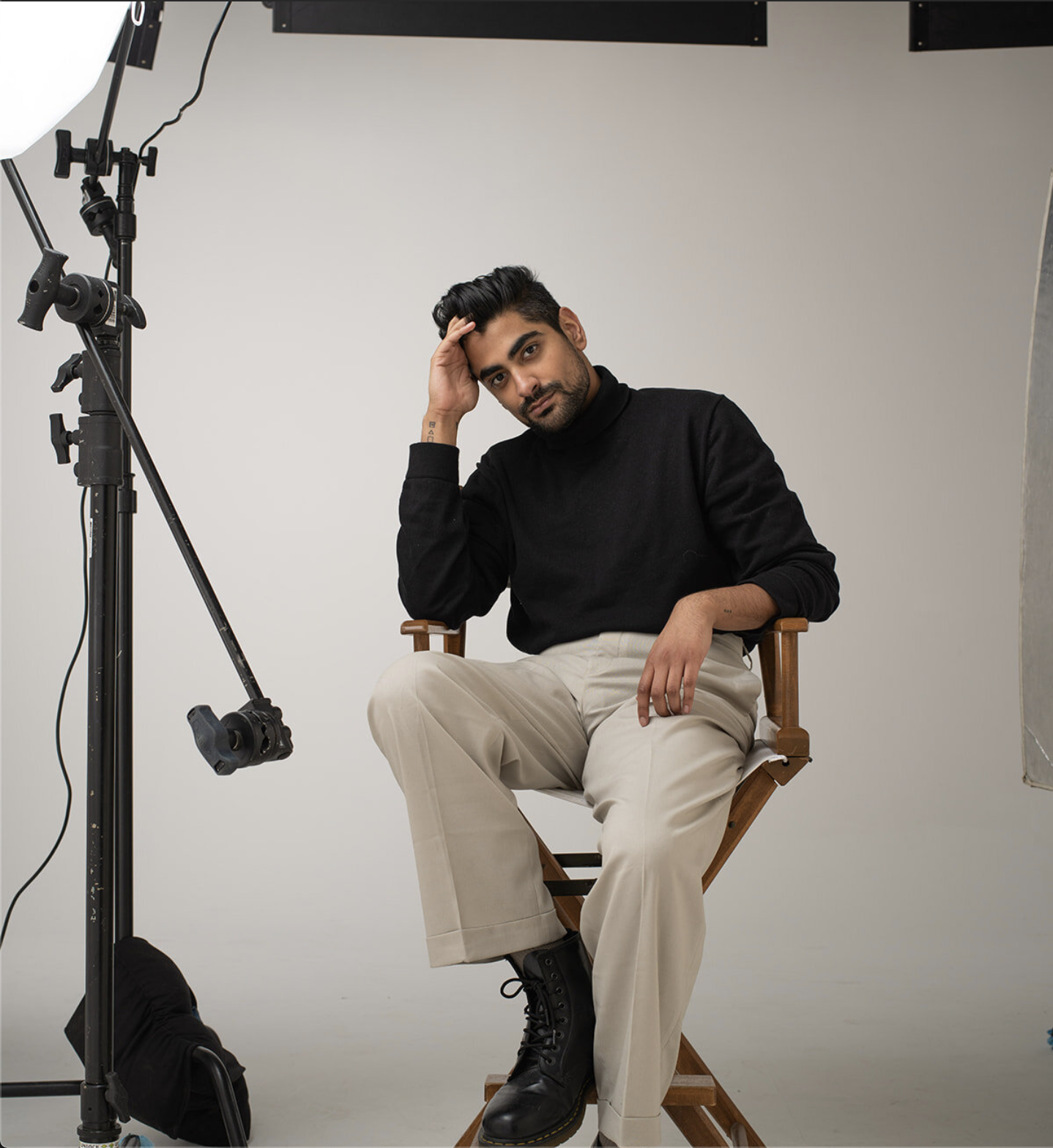 Vardaan Arora is making his big-screen debut in Wrong Turn.

The Indian actor and singer is taking a stab at the reimagining of the 2003 horror movie classic that will be released to VOD, Blu-Ray, and DVD on Feb. 23.

In the film, Arora plays the character of Gary Amaan, who is openly gay.

In the trailer for Wrong Turn, Arora’s Gary can be seen holding hands with his on-screen boyfriend, Luis Ortiz (played by Adrian Favela). They’re a part of a group of city kids who look for adventure on an Appalachian hiking trail. When the friends veer off the path, they find themselves in the crosshairs of the mysterious The Foundation.

Starring Matthew Modine, the movie was released to select theaters for one night only on Jan. 26.

Not only is Arora representing his queer identity as an artist, but he also wants to break barriers for queer Asian representation in the media. After moving to New York City to study at NYU’s Tisch School of Arts, he made his acting debut in the 2017 Netflix series Gypsy starring Naomi Watts. As a singer-songwriter, Arora broke through in 2016 with his first single “Feel Good Song” which blended pop and elements of Bollywood music.

Now that Arora is broadening his horizons with Wrong Turn, he talked with Queerty about making the movie, his love of the horror genre, and his debut EP Heartbreak on the Dancefloor.

This is the movie queer horror fans have been waiting for.

What were your first thoughts when you found out you were cast in Wrong Turn?

It was one of the most surreal moments of my life thus far because I grew up watching horror movies. I’m a super fan of the genre. When I found out I was going to be in this reboot it was quite literally a dream come true. This is the first film I got to work on, so I felt super lucky that it was a genre that I understood really well. I remember getting a bottle of champagne and watching the original Wrong Turn the day that I find out I was cast.

What can you tell us about your character in the movie?

I play a character named Gary. He’s also gay, which was another reason why I was super excited to work on the project. As a person of color especially, I feel like you don’t often get to play characters that in the LGBTQ+ community. The gay characters that are being written in film and television are often white. That was something that definitely drew me to the project. That I got to play a gay character. I really like Gary. He’s funny,  easy-going, and relaxed. There’s also a really fun group dynamic of friends in the movie. I feel like [the group] is especially diverse as far as horror movies are concerned.

As a horror movie fan, what was the experience like to shoot the movie?

I think because I’m a fan of the genre, I also know the genre super well. I feel like I trained my whole life for this role. Getting to work on something that you’re also a fan of is super rare. Emma Dumont [who plays Mila] and I would watch so many horror movies during filming to get ourselves in the mood for it. That helped set the atmosphere and the mood for what was to come.

Who are some of your favorite Scream Queens?

Jamie Lee Curtis for sure. Neve Campbell for sure. I really like Samara Weaving. She’s great in everything. I watched The Babysitter sequel with her and she’s also great in Ready or Not. I feel like she’s my favorite new era scream queen. I also really like Jocelin Donahue in The House of the Devil. Sharni Vinson in You’re Next is one of my all-time favorite final girl scream queens.

What do you enjoy about acting?

Since I was a kid, I always knew that I wanted to tell stories through this medium. I got into the theatre from a younger age. I found it was a great escape and exhilarating. When I was living in India, I decided to apply to NYU to pursue training in acting, and luckily I got in. I moved to New York and I’ve been here off and on ever since. I found music as a passion while living here too. I found that I was able to express myself differently through that. I feel very lucky that I have two outlets to be able to express myself with and thrive in. I don’t know what I would do if I didn’t have those outlets.

What was the inspiration for your debut EP Heartbreak on the Dancefloor?

There’s a cover on it, which is one of my favorite songs that I ever put out, of Selena Gomez’s “Rare.”

Another big song on there is “I Don’t Want to Know” with MRSHLL. What was that experience like to work with him?

That collaboration to date stands out to me in my discography only because of how unique it is. There is a major lack of Asian artists in pop music. MRSHLL is Korea’s first openly gay act and I’m from India, which is South Asia. So it’s just like two Asian artists coming together in one song. It felt important and also unprecedented. We also worked with Ken Gao, who produced the song, and he’s also Asian. It just felt like this trifecta, like Asian power because there’s such a lack of it. Part of MRSHLL’s verse is in Korean, which was cool to have the K-Pop element. I feel like people expect Asian artists to present a certain way. Or if they’re Asian, they can’t be queer. Like all these different projections that people put onto minorities. It was liberating to say just like, “Fuck that,” and just make a really fun dance-pop song.

Check out the Wrong Turn trailer: