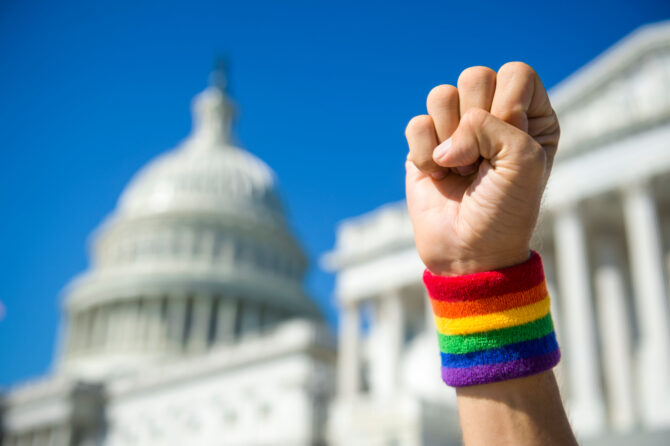 So much happened this year that it’s hard to believe it was all contained within just 12 months, or that we’re finally actually going to get out of 2021. But here we are!

While this list could go on forever, here are the top ten biggest queer moments in news, for both better and worse.

President Biden wasted no time repealing former President Trump’s transgender military ban, signing an executive order on January 25 that he said would allow all “qualified Americans to serve their country in uniform.”

“It is my conviction as Commander in Chief of the Armed Forces that gender identity should not be a bar to military service. Moreover, there is substantial evidence that allowing transgender individuals to serve in the military does not have any meaningful negative impact on the Armed Forces,” the order reads.

Today, I repealed the discriminatory ban on transgender people serving in the military. It’s simple: America is safer when everyone qualified to serve can do so openly and with pride.

Mayor Pete made history this year as the first openly gay Cabinet member in U.S. history confirmed by the U.S. Senate. Buttigieg was selected by Biden to serve as the transportation secretary. He was sworn-in with his husband, Chasten Buttigieg, by his side. The two embraced at the completion of the swearing-in, which was conducted by Vice President Kamala Harris. 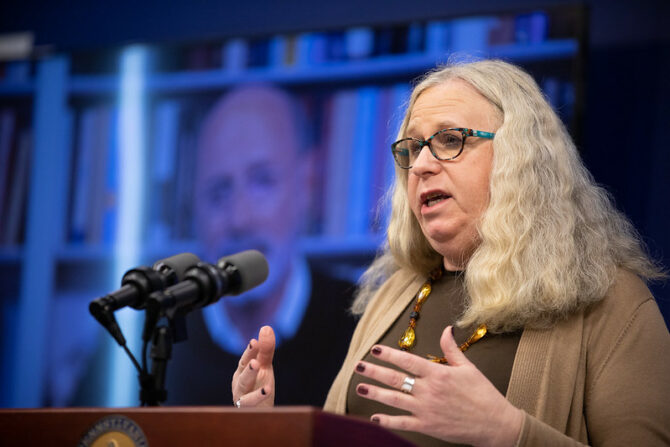 Dr. Rachel Levine also made history as the first openly transgender federal official to be confirmed by the U.S. Senate. Levine, who was formerly the secretary of health in Pennsylvania, is now serving as the assistant secretary for health in the Department of Health and Human Services. She said she was “honored” to be sworn-in and that her “immediate focus” was to help get the pandemic under control, as well as “address the underlying issues it brought to the surface” in regards to inequities in mental health and drug addiction.

Honored to be sworn in as @HHS_ASH. Immediate focus is to help get #COVID19 under control & address the underlying issues it brought to the surface from health inequities to mental health & opioid abuse, it’s time to help America build a healthier future! pic.twitter.com/DYIXurYjOC

Housing is a human right and should be free of discrimination.

In April, the Department of Housing and Urban Development withdrew proposed changes to the Equal Access Rule that had been put forward by the Trump administration, thereby reasserting non-discrimination protections in HUD-funded housing and programs on the basis of sexual orientation and gender identity.

“That is why HUD, under the Biden Administration, will fully enforce the Fair Housing Act to prohibit discrimination on the basis of gender identity or sexual orientation. Every person should be able to secure a roof over their head free from discrimination, and the action we are taking today will move us closer to that goal.” 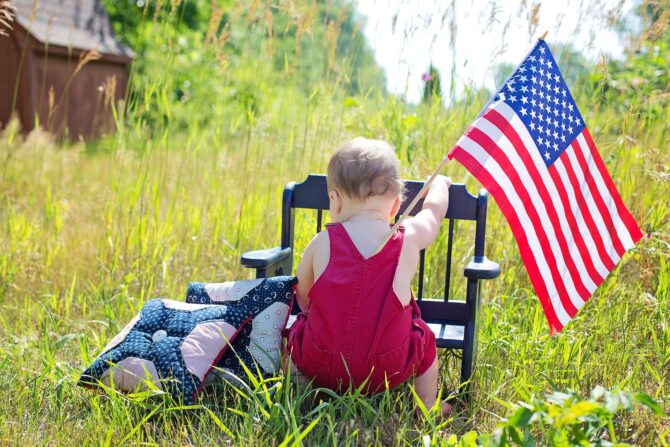 In another landmark move by the Biden administration, the U.S. State Department expanded birthright citizenship for babies born to same-sex couples living abroad, regardless of whether or not an American parent is biologically related to said child. Under this policy, a child’s U.S. citizenship will be recognized, for babies born of both same-sex and opposite-sex parents, provided at least one of the parents is an American citizen. 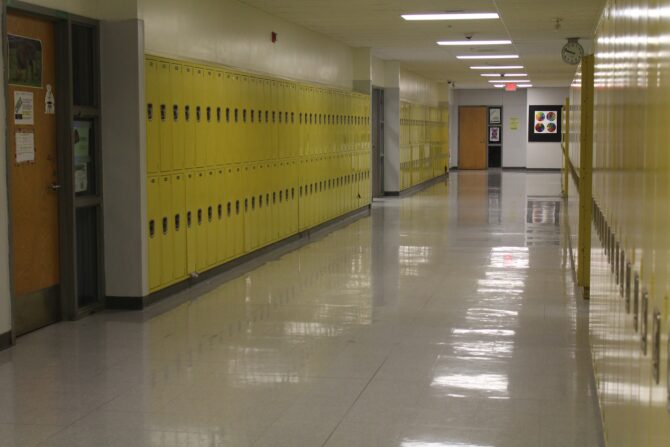 The Biden administration reversed another of the Trump administration’s stance when the Department of Education issued a notice of interpretation that, in its view, Title IX protects the rights of LGBTQ students against discrimination. The decision could impact the treatment of trans students when it comes to sports as well as the use of bathrooms and locker rooms. The administration cited the Supreme Court’s Bostock ruling that set the precedent that pre-existing federal civil rights law protects LGBTQ people under the prohibition of sex discrimination. 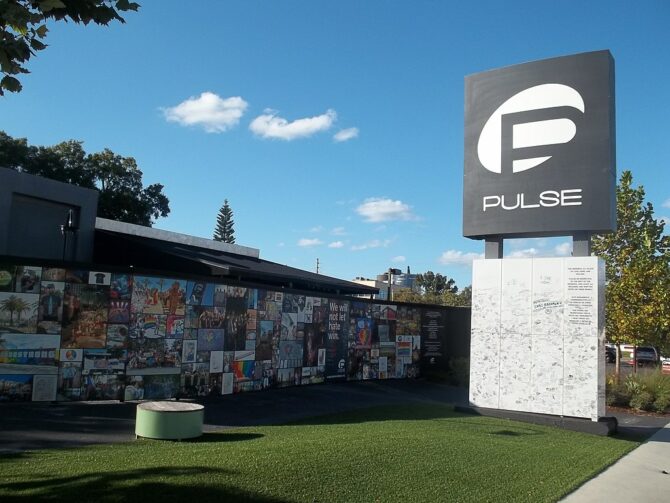 Congress passed a bill to make the site of the Pulse massacre a national memorial this year, and it was signed into law by President Biden over the summer. Biden was surrounded by survivors and family members of the mass shooting, which took 49 lives at the Pulse Nightclub, an LGBTQ venue.

“Just over five years ago, the Pulse Nightclub – a place of acceptance and joy – became a place of unspeakable pain and loss, and we’ll never fully recover from it, but we’ll remember,” he said.

Pres. Biden signs a bill designating the National Pulse Memorial at the site of the 2016 shooting in Orlando: “Just over 5 years ago, the Pulse nightclub—a place of acceptance and joy—became a place of unspeakable pain and loss. And we’ll never fully recover, but we’ll remember” pic.twitter.com/87VUpsV1eq 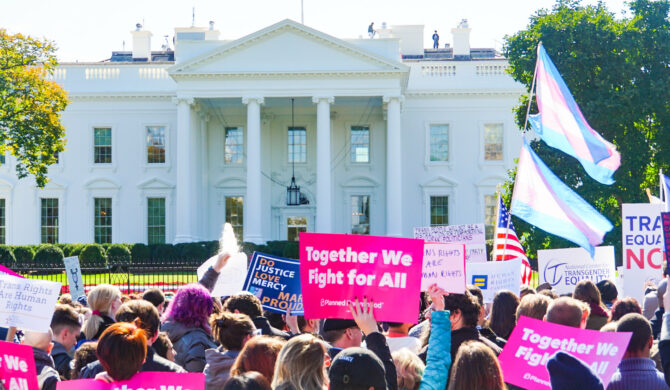 The Biden administration announced at the end of Pride Month that it was forming a new White House-led Interagency Working Group on Safety, Inclusion, and Opportunity for Transgender Americans. The group includes participants from the Departments of Justice, Housing and Urban Development, Health and Human Services, Education, Homeland Security, Labor, Interior, Veterans Affairs, and Defense. 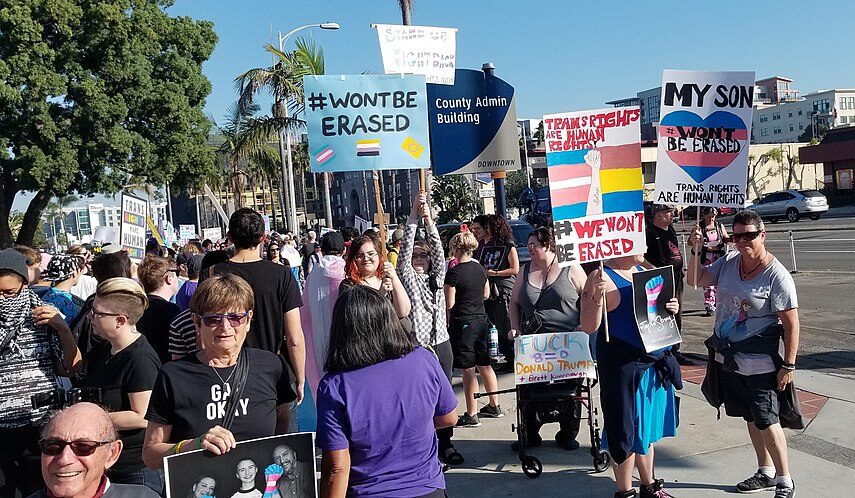 With progress comes the inevitable backlash, sadly, and 2021 proved that rule to be all too true. This year saw a record-number of anti-LGBTQ bills filed in state legislatures, as well as a record-breaking number of such bills passing. A great number of those were specifically targeted at the transgender community. Before Pride Month could even get underway, there were already more anti-LGBTQ laws passed than in any other year. They include laws against providing transgender youth with healthcare and banning trans kids from playing organized sports. 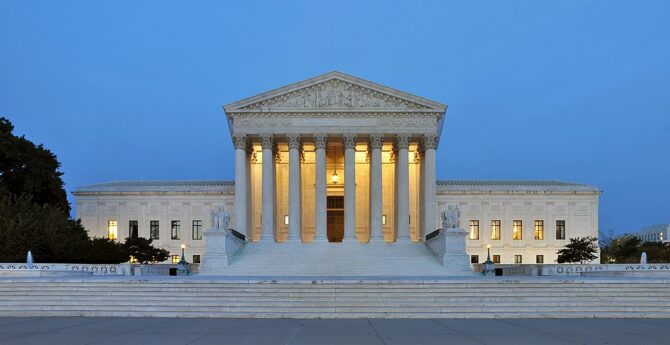 Since we didn’t want to end this on a low note, the Supreme Court issued two big rulings impacting the LGBTQ community this year. In Arlene’s Flowers v. Washington State, where a florist refused to offer services to a same-sex couple for their wedding, the high court denied a review of the case, leaving a ruling in place by the Washington Supreme Court. That lower court decided the flower shop’s objection on faith-based groups did not grant it the right to discriminate.

In Fulton v. Philadelphia, the court considered whether a religiously-affiliated foster care agency could ignore a clause in its contract with the city of Philadelphia that stipulated that it could not discriminate against prospective parents based on religious grounds. The court issued a narrow ruling, similar to the one in the Masterpiece Cakeshop ruling, based on what the ACLU described as “a quirk in Philadelphia’s non-discrimination contract that the court interpreted as failing to treat all city contractors equally.” It did not make a ruling on the larger issue of the right to religious freedom versus the right to not be discriminated against.

Subscribe to Queerty for a daily dose of #politics #donaldtrump #fultonv.philadelphia stories and more